Performing as Mirror Kisses, New Yorker George Clanton produces 4 a.m. bangers, with enough beat for the molly-heads to vibe to and enough texture for your suburban cousin to fall asleep to. In the spirit of Washed Out, Beach House and the host of other modern acts contained in the dream pop aesthetic into which Tides comfortably slides, there’s a subtle undercurrent to their music (gentle at first) that draws you in closer. And like those acts, the trick lies in making the complex sound simple. Like Iggy Pop’s “Nightclubbing” or anything Grace Jones ever touched, Calico Club’s Permanent Night is a record about the bar as not only a lifestyle but a creative opportunity: the chance to perform in posture, dress and dance even if you’re not onstage. With Children of Pop. $8, 9pm, Paper Tiger, 2410 N. St. Mary's St. 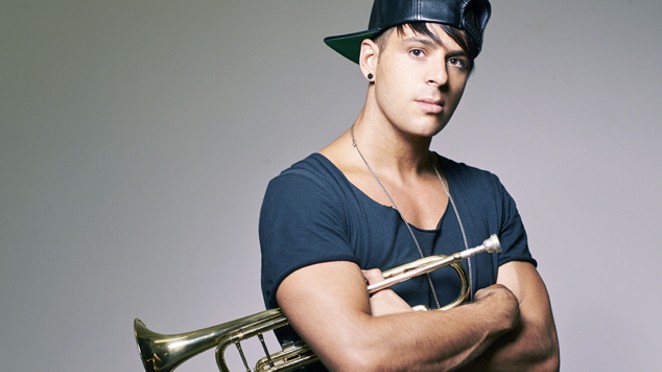 Bronx Duo Camp Lo scored a boom-bap anthem in 1997 with “Luchini (AKA This Is It).” Over a Dynasty funk sample, Sonny Cheeba and Geechi Suede are relentless, filling every syllable with attitude and a style beyond cool. $13, 8pm, Paper Tiger, 2410 N. St. Mary's St.

In 1994, this lineup would have raised stadium roofs to the stratosphere. In 2015, it still guarantees a hip-hop head a golden-era good time. Highlights include Afrika Bambaataa and the Soul Sonic Force, the Afro-centric innovators whose “Planet Rock” helped spin off the entire sub-genre of freestyle. Fucking Melle Mel will be in town, too. As the first emcee of Grandmaster Flash and the Furious Five, Mel rhymed “The Message,” the first instance of socially-conscious rap and the tune that’s usually listed at the top of any mainstream list of the greatest hip-hop songs of all-time. With a parade of one-hit wonders, including Vanilla Ice, Coolio, Tone Loc, Rob Base, Young MC, Candyman, Newcleus, Scorpio, Shock G. $42.46-$65.63, 7:30pm, Illusions Theatre At The Alamodome, 100 Montana St., (210) 207-3663

SA chanteur D.T. Buffkin howls with an animal intensity, tossing his gravelly voice around with abandon. For my dollar, stand to the side of the stage that guitarist Roland Delacruz occupies — there isn’t a guitar player in town who can match his thoughtful, melodic solos. With Ghostrider. Free, 10pm, The Mix, 2423 N. St. Mary's St., (210) 735-1313

Azul Barrientos will perform music culled from the African continent, as if there were any other kind. More specifically, the San Antonio songwriter explores the way that African rhythms interact with the music of Spain, Portugal, France and the indigenous cultures of Latin America. Musical guests include Nina Rodriguez and Aaron and George Prado. $5, 8pm, Esperanza Peace and Justice Center, 922 San Pedro Ave, (210) 228-0201

Steeped in the traditions of Americana, but with a Los Angeles ear for sweaty riff-rock, Ryan Bingham has straight-up put in work over the last eight years. While his sound is not terribly inventive, his combination of lyrical deftness, knack for dusty melody, and prowess as a vocal performer have earned him numerous accolades, including a Golden Globe for his work on the Crazy Heart soundtrack. $25.40 - $960.74, 7:30pm, Whitewater Amphitheater, 11860 FM306, (830) 964-3800

Tornados fans, rejoice! After breaking his hip early in 2015, accordionist Flaco Jiménez has recovered with vigor and is back to performing with the tejano supergroup. This Tornados gig finds Augie, Flaco and Shawn Sahm in the dancehall where their 1992 BBC special was recorded. 9pm, Gruene Hall

Tejano icon Little Joe found his true creative voice in the Bay Area in the late ‘60s, from where so many pop music origin myths emanate. As the flower children bum-rushed the Haight Ashbury neighborhood, Latin American musicians found a home in the same thriving scene. After tuning into the chicanismo of the area, Little Joe changed his band name from the stuffy Latinaires to La Familia, whose anthem “Las Nubes” became the marching song of the United Farm Workers. In between political appearances, Joe helped create and hone the Tejano sound, a musical force that reached full stride in the ‘90s. In the Tex-Mex heyday of Selena, Mazz and La Mafia, Joe y La Familia’s 16 de Septiembre won the ‘91 Grammy for Best Mexican Performance. Free, 2pm, Traders Village, 9333 SW Loop 410, (210) 623-8383 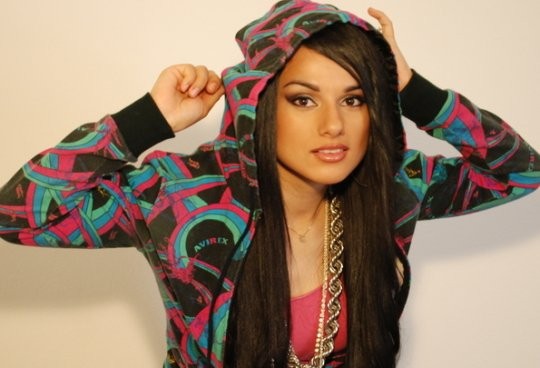