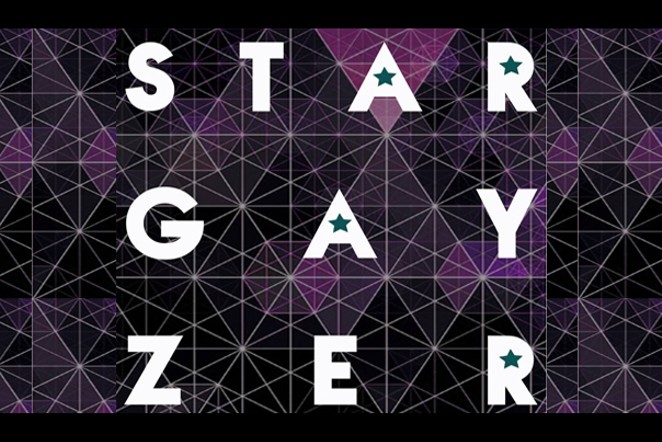 For its second year, Austin's Stargayzer Festival returns to the Red River area with one of the most exciting LGBT music festivals in the nation. From October 15-17, Stargayzer invades Elysium, North Door and Cheer Up Charlies with over 20 announced queer artists performing.

In an interview with the San Antonio Current last year, Stargayzer Fest producer and talent booker Brett Hornsby described the unique approach of the festival in its first year.

“We wanted to bring everyone together to enjoy great music, meet new people and create an intentional/temporary community filled with the most exciting LGBTQ artists and fans," said Hornsby. "There have been, and currently are, a lot of really amazing queer music events and festivals, but nothing quite like this. Festivals like Homo A Go Go, ’Mo-Wave, Portland Queer Music Festival, etc. are well organized by amazing people and feature incredible artists, but we really wanted to do something where the festival was your home for three days. A place where you can not only take in incredible art, but really build relationships with people and be immersed in this world we hope to create. I’m not sure there has ever really been an LGBTQ-focused festival in this format, so that’s really exciting to us."

Early bird passes are available for $25, with a price increase to $40 after the first round.