One can make the case for Gwar as the greatest band in the universe. Time freezing and thawing, fake blood oozing by the gallon, a Grammy-nominated longform video called "Phallus In Wonderland" — no other band goes so far out of its way to make a spectacle of itself. That $17 ticket price goes a lot further than the average band, building and maintaining the props and fluids produced by Gwar's production company, the Slave Pit. With Butcher Babies, Battlecross, U.S.O., $17, 7pm, Alamo City Music Hall, 1305 E. Houston 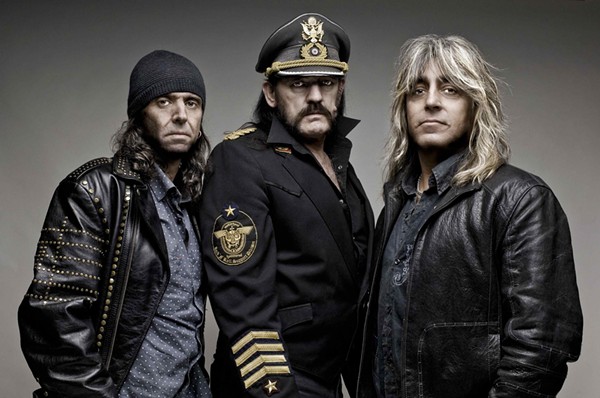 In the wake of the hard-rock smorgasbord that was the ’70s and ’80s, Motörhead stood out by infiltrating punk by ways of heavy metal. Pioneers of speed metal, the band utilized bluesy guitar riffs and quick punk beats to craft a sound that transcended genres. Although best known for the timeless single, “Ace of Spades,” Motörhead has consistently released new material over the past four decades. The band has managed to reach a new generation of listeners via video game and WWE soundtracks, but Lemmy and co. continue to tour, melting faces and prompting mosh pits along the way. With Saxon, Crobot. $39.50-$55, 8pm, Aztec Theatre, 104 N. St. Mary’s St., (210) 812-4355