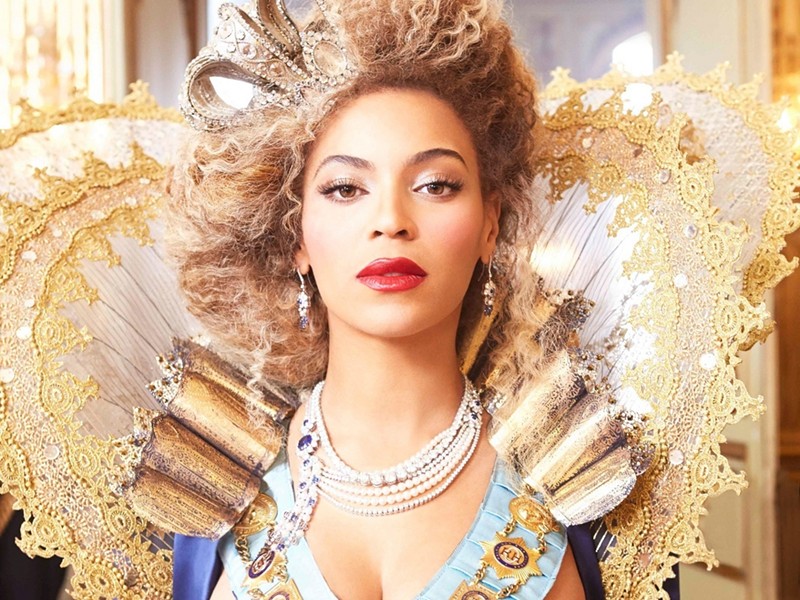 At Brass Monkey’s weekly Thurzgay party, theGlitoris hosts a 34th birthday party for Beyoncé, featuring tribute performances on the hour, every hour. “Dress code: bootylicious,” says the event flyer. Bonus points for whoever shows up with a Kelly Rowland and Michelle Williams in tow. Apologies to whoever has to be Kelly Rowland and Michelle Williams. Free, 10pm, Brass Monkey, 2702 N. Saint Marys St., (210) 480-4722

In June, Austin’s Alta Violet released a pristine psych-pop EP heavily indebted to Revolver-era Fab Four. Plain View, the debut EP from local alt-rockers Advance Cassette, is full of feedback and fuzz, ferocity and feeling. Every time you think you’re ready to declare that the band sounds like some bygone alt-rock outfit, you find yourself surprised by an unfamiliar nuance. San Anto native Marcus Rubio (gigging now as More Eaze in thanks to presidential hopeful and homophone Marco Rubio) is drawn out in a fruitful battle between pop and experimental music, weighing his options like a dating show contestant choosing between the hot one and the reflective one with glasses. $5, 9pm, Paper Tiger, 2410 N. St. Mary's St.

Signed to Tennessee powerhouse/Reatard museum Goner Records, EX-CULT survived a minor name change in 2011, when New York techno label Sex Cult forced the band to drop the “s” from their title. Down on the street, down on their luck, the Memphis punks discuss the economy of vice and the vigilant eye of the police on the Ty Segall-produced “M.P.D.”

In 2014, Austin’s OBN III’s were treated to a recording on the Castle Face label’s Live In San Francisco series. On “If The Shit Fits,” frontman Orville Bateman Neeley improvises trash talk on the sartorial choices of his Bay Area audience. If the guitar crunch and indomitable shredding suggests anything, it’s that the OBN III’s prefer their t-shirts ripped and their showers infrequent.

Hidden Ritual understands the importance of a simple backbeat and funhouse delay. On a recent performance on Last Call With Carson Daly, the Austinites sound like downtown legends Suicide with a bassline stirring up trouble. With Summer Moon. $8, 9pm, The Ten Eleven, 1011 Avenue B, (210) 320-9080

Detroit native Big Sean has had a big year with the Billboard-topping success of his third album Dark Sky Paradise, featuring the obnoxious platinum hit “I Don’t Fuck With You.” Toronto rapper Tory Lanez continues in the sing-song style coined by the champion of the Six. On “Alpha Child,” a light summer thing off his Nine Lives 3 Wishes EP, San Antonio’s Carlton Zeus dives into solipsism, listing the ways in which he’s the city’s best. $18.48-$594.92, 6pm, Whitewater Amphitheater, 11860 FM306, (830) 964-3800

Light Beams Entertainment presents an industrial showcase, from dance music to metal, with the stunning lightshow that has come to be expected from the company. With Encrypted, Adoration Destroyed, The Akuzma. $10, 9pm, K23 Gallery, 704 Fredericksburg Rd., (210) 776-5635

Over two days, Labor Fest takes a look back at the halcyon years of instrumental-based R&B. The undisputed highlight of the weekend is the Bar-Kays. Performing on Saturday night, the Memphis funk outfit is responsible for a wild string of hits including “Son of Shaft,” “Soul Finger” and “Boogie Body Land.” With Mint Condition, Ready for the World, One Way, Lakeside. $45, 4pm, Sunken Garden Theater, 3875 N St Mary's St, (210) 207-3050

Few bands epitomize the sex, drugs and rock ‘n’ roll mantra as vividly as Mötley Crüe. The hair-metal legends swashbuckled their way through the ’80s before diving into a decade-long hangover — only to be resurrected in today’s nostalgia-crazed era. While their lifestyle often overshadowed their glammed-up metal, the boys cut their teeth on Mick Mars’ iconic guitar riffs and Vince Neil’s shrieking vocals. Synonymous with every aspect of hair metal (from the fist-pumping anthem “Shout at the Devil” to monster ballad “Home Sweet Home”), Mötley Crüe lands in SA as part of its alleged “Final Tour.” $69.50-$125, 7pm, Alamodome, 100 Montana St., (210) 207-3663