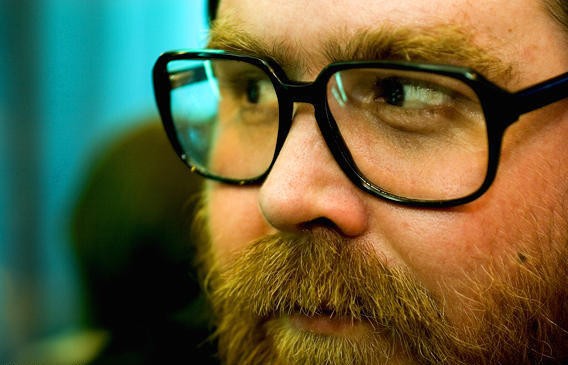 Bart Koch, San Antonio resident and DJ, died on Wednesday at 44. A music lifer, Koch worked at Hogwild, hosted several shows at KRTU (including the rambling and often-hilarious Inkwell Magic Hour) and co-founded the longtime dance night Velcro Underground at Limelight. In the '90s, Koch also played in a garage band called The Drips.

Earlier in the week, Koch attempted to take his own life. On Wednesday, September 9, he was taken off life support and passed shortly after.

In the outpouring of support and sadness on social media, friends announced a non-religious ceremony in the coming weeks at Sunset Funeral Home (1701 Austin Hwy.). We will update here with information as it becomes available.

As DJ Bartron, Koch favored New Wave, Britpop and '90s alt-material. Much of this went into the surprise-success dance night, The Velcro Underground, that Koch and DJ/musician Chris Smart ran at Limelight from 2006-2012.

"The Limelight had just opened up and we wanted to do another night," said Smart. "They said, 'a DJ night won’t really work.' We said, 'fine give us your worst night.' I remember the first night, we didn’t announce it. There were absolutely zero people there. Within a year later, there was a line down the street."

In 2012, due to touring schedules and health complications, the Velcro Underground shut down.

"Bart was a very funny guy, very loud guy," said Smart. "He was a super passionate guy, which mainly was for music and the Spurs. Most of the time, he’d talk about music with me, because he knew I didn’t care about the Spurs. That was my fatal flaw to Bart."

"Bart lived his life in Cinemascope," Hogwild wrote on the store's Facebook page. "Goodbye to another Hogwild brother."