In a grossly reductive analogy, New York bands seem to face a Pokemon-like choose-your-adventure at the beginning of their careers, opting for one of three foundational outfits: The New York Dolls, The Velvet Undergound or The Ramones (with Television or The Talking Heads making up the wildcard, Pikachu option). Dirty Fences appear to chosen the Johnny Thunder/David Johansen route on the 2015 release Full Tramp, so much so that the band could soundtrack HBO’s upcoming Vinyl, a series grabbing money from the Dolls’ makeup-smeared grave. With Faux Ferocious, Dark Planes. $10, 7pm, Paper Tiger, 2410 N. St. Mary's St.

Wednesday, September 23
My Life With The Thrill Kill Kult

Add the intentional, dayglo bad taste of director John Waters to the innovative industrial music of Throbbing Gristle, sprinkle in a healthy dose of occult imagery and voilà — it’s the industrial dance of My Life With the Thrill Kill Kult. In fact, a camp art film was the intended target of band members Groovie Mann and Buzz McCoy when the project began in Chicago in 1987. The Thrill Kill Kult Super-8 failed to gain traction, but Mann and McCoy took the three tunes they had for the soundtrack, put them out on Chicago’s iconic Wax Trax label and the rest is industrial pop history. With Dead Love Club, Minister Fiend. 10pm, Jack’s Bar, 3030 Thousand Oaks, (210) 494-2309 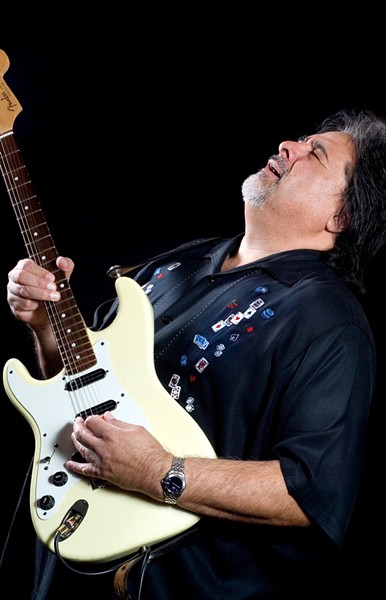 In the 1970s, California guitarist Coco Montoya got his start down in Texas, when Albert Collins, the master of the telecaster, put Montoya in his band. In the next decade, the blues rock guitarist would join an even more prestigious outfit, when John Mayall asked Montoya to join the Bluesbreakers, whose alumni include Eric Clapton, Jack Bruce, Mick Taylor, Mick Fleetwood and John McVie. $15-$60, 9pm, Sam’s Burger Joint, 330 E. Grayson, (210) 223-2830

Growing up in Englewood, (Chicago’s most notorious neighborhood), professionally rapping since his teens and signed to mega label Def Jam, 22-year-old Lil Durk is an up-and-coming artist wise beyond his years. In his most popular video, 2013’s “Dis Ain’t What U Want,” Lil Durk wears his rough upbringing like a badge of honor, despite the threats of the tight law enforcement. “I can’t do no shows because I terrify my city” spits a defiant Durk. Despite the lukewarm critical reception for his debut album Remember My Name, Lil Durk is as authentic and real as hip-hop can be. With Hypno Carlito, Gunplay. $17, 8:30pm, Alamo City Music Hall, 1305 E. Houston St.