Hailing from Cape Town, South Africa, Civil Twilight’s indie rock is a pleasant experience that proves their style of music (big choruses, guitar-driven rock and pretty, lush vocals) can stretch across the globe. Despite being indie-creditable, Civil Twilight’s most notable (and certainly mainstream) moment was when their song “Letters from the Sky” soundtracked the John Cena promo for the WWE Championship. $10-$50, 7pm, Sam’s Burger Joint, 330 E Grayson, (210) 223-2830

Score another one for bands with un-Googleable names. From Portland, Black Pussy traffics in deep, classic rock, the type that sounds best at immense volume through a room full of smoke. Free, 10pm, The Mix, 2423 N St Marys, (210) 735-1313

With falsettos on the hook, corner-store hooks and a look like their wake-up call isn’t until the afternoon, junkie nails the beach goth thing three hours away from the shore. With Loafers, Teenage Sexx, The Jesses. $5, 8pm, Imagine Books & Records, 8373 Culebra Rd, (210) 236-7668

Friday, September 25
This Will Destroy You

Since 2005, San Marcos quartet This Will Destroy You has achieved a dynamic form of post-rock, from soft textures to sweeping waves of pedal-drenched guitar. With Bright Like The Sun. $12, 8pm, Paper Tiger, 2410 N St Mary's

Steve Bruner (aka Thundercat) makes music that is hauntingly delicious, presenting a true postmodernist take on jazz and R&B forms. Notable first as a supremely gifted bass player and member of Flying Lotus’ Brainfeeder crew, Bruner has played bass for artists like Bilal, Erykah Badu, Kamasi Washington and, most recently, Kendrick Lamar. But, his own singular sounds will be the focal point on Friday night. True to his jazz roots, Bruner will no doubt showcase myriad embellishments on the excellent music from his three solo albums, the best of which is the latest — The Beyond/Where the Giants Roam. $16, 8pm, Alamo City Music Hall, 1305 E Houston 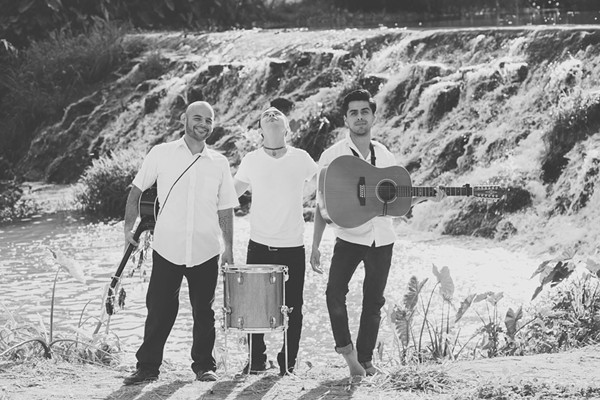 To celebrate the Music Awards issue you’ve got in your hands, the Current presents 10 shows along the North St. Mary’s strip. From Americana to punk, check out the lineups at sanantoniomusicawards.com. $5, 10pm, Various locations

There’s nothing funny about the endeavor of running an indie record label. And Scott Andreu and company, of the homegrown label Texas is Funny, have been doing a mighty good job of it for five years now. On Saturday, as a part of the behemoth bash known as the San Antonio Music Awards Showcase, you’re invited to celebrate this momentous anniversary with three standout local acts from the label’s past and present. The show will feature electro-tinged indie-rock act Pop Pistol, psych-pop/rock tribe We Leave at Midnight and grungy pop-punk outfit Vetter Kids. $5, 9pm, Limelight, 2718 N St. Mary’s, (210) 735-7775

Born in the Bronx, raised in Puerto Rico and based out of San Antonio, conga player Henry Brun has spent his life exploring different avenues of the Afro-Latin tradition. With his 25th anniversary album with the Latin Playerz, In Ritmo We Trust, Brun puts it all together with a thrilling command of the clave beat.

For his silver anniversary, Brun invited an incredible cast to the party. His usual Playerz, like trumpeter/musical director Rudy Estrada and pianist Travis Davis, show up with bright style and a vibrant tone. Throughout the album, Davis is a monster, trading off between the soul-jazz onda of Horace Silver and the incantational salsa of Eddie Palmieri. But the special guests on the album make the party stand out as one of San Antonio’s best of the year. With Brun churning away in the rhythm section, vibraphonist Joe Caploe, trumpeter Pete Rodríguez, guitarist Joe Reyes and San Anto horn legend Spot Barnett all pitch into the rhythm. Even tejano legend Little Joe gets in on the bash, purring over the slow-cooked “Y.” $20-$50, 7:30pm, Alamo Beer Company, 202 Lamar, (210) 872-5889