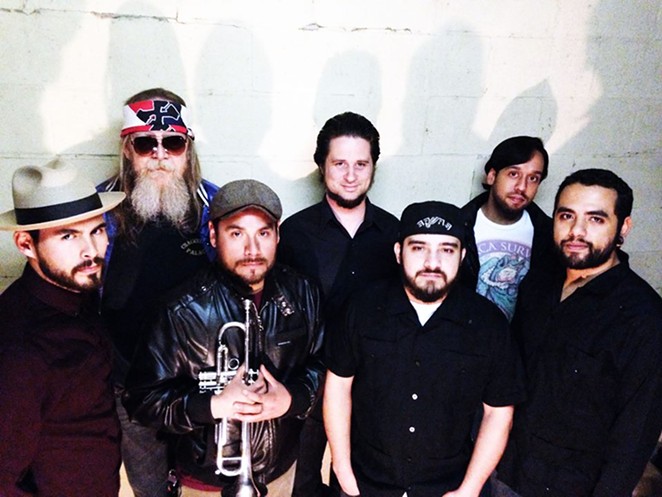 At the Pickle Shot Palace, we've lined up one of the shortest, but strongest lineups of the Music Awards Showcases. Grupo Frackaso begins the ruckus at 10 p.m., playing material from the 2015 EP Cumbiapocalyptica. With punchy keyboards and four-on-the-floor beats going head to head with the 2/4 cumbia, this trio brings a lively, chango-shot friendly set.

At 11 p.m., Boca Negra switches gears and continents, trading out Grupo Frackaso's Afro-Latin and punk influences for Spanish rock. At midnight, Los De Esta Noche gets the momentum in full gear. On their self-titled album released in April, the septet rifles through cumbia, rockabillty, ska and Latin rock. No matter what genre they're working in, they're doing it with the horsepower of a much larger band.

And a heart-felt shoutout to whoever penned the "Cumbia!" sharpie graffiti in Hi-Tones' outside bathroom — yours is important work.