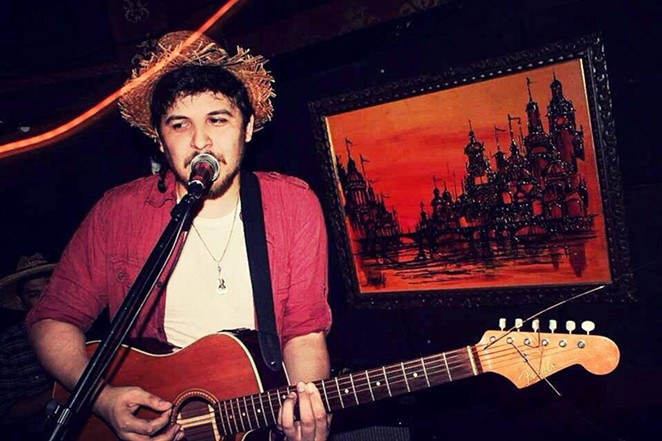 The San Antonio Music Awards Showcases continue off the St. Mary's Strip as we bar crawl our way towards the Ten Eleven (1011 Avenue B). The feature of singer-songwriters begins at 10 p.m. with Ila Minori, who came in second in the relevant 2015 poll. At 10:40 p.m. Chris Conde takes over with a unique combo of clean guitar, raw emotion and backpack rap.

At 11:20 p.m., Alyson Alonzo takes the stage. A critic's pick in the Music Awards issue, Alonzo's looping dexterity and unmatched pipes make for a commanding set. At midnight, Erik Sanden maintains Alonzo's excellent standard with a stripped-down session of his material in Buttercup and Demitasse.

Andrea "Vocab" Sanderson begins the late night sets at 12:40 a.m. A well-listened singer, Vocab assembles jazz, poetry and hip-hop in her songwriting. Closing out the evening, Michael Carrillo reimagines the material from his band Deer Vibes and Michael J and the Foxes, which both took home some hardware in the Music Awards issue.