Garrett T. Capps On Garrett Capps’ “San Antone,” the songwriter pins down Alamo City musical culture with verve and an insider’s knowledge. “I found myself down a deep, dark road / empty pockets and a wayward soul / then I heard somethin’ on the radio / sounded like San Antone. / It had deep blues roots, and a Vox organ / a groovy shaker, and a Fender tone / it said ‘she’s about a mover’ and I was gone / gone home to San Antone.” With Roses (featuring members of Deer Tick), Dark Planes. $5, 9pm, K23 Gallery, 702 Fredericksburg Road 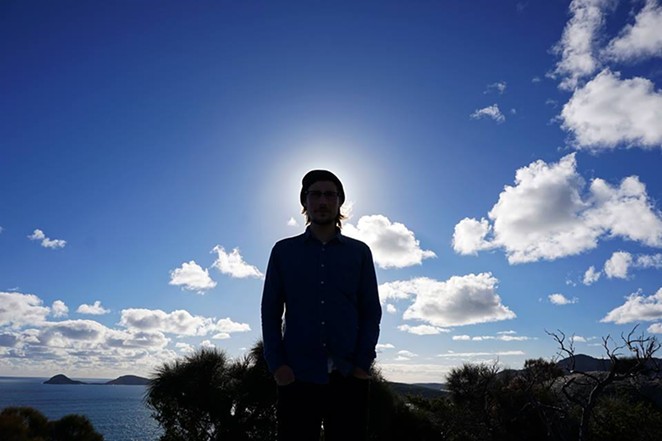 The stage name of monosyllabic British Columbian Jamison, Teen Daze writes gorgeous indie pop that soars off his band's instruments. They're not the first band to make a reference to their own drum kit (that honor goes to Echo & the Bunnymen), but these New York mods led by former Beach Fossils bassist John Peña create lovely ditties of indie pop and R&B. $8, Limelight, 2718 N. St. Mary's

Austin's Alan Palomo, who records and performs as Neon Indian, enjoyed meteoric success leading up to and following the 2009 release of his hypnagogically groovetastic electronic album Psychic Chasms. Era Extraña (2011) picked up right where Chasms left off and established him not just as a practitioner of the fleeting micro-genre chillwave, but as an inventive songwriter and composer. Now, just a few weeks ahead of the October 16 release of his third album, Vega Intl. Night School, Palomo comes to Paper Tiger to dazzle us with his latest set of cerebral extrapolations on club music. $22, 7pm, Paper Tiger, 2410 N. St. Mary’s