Our Favorite Bands for Halloween: The Cramps 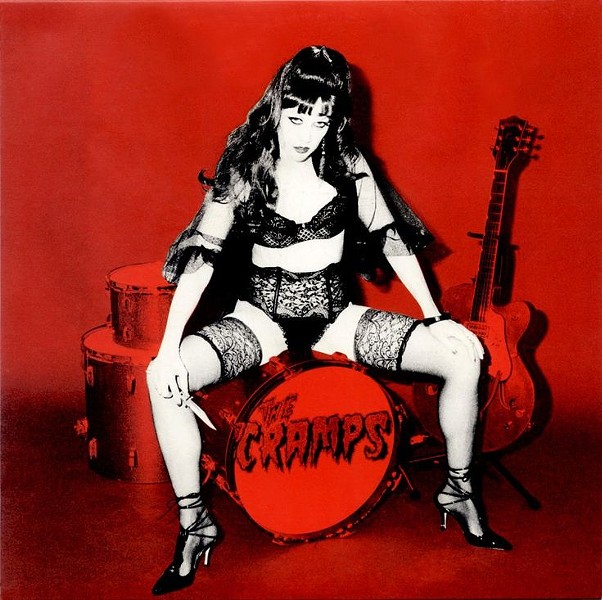 Like a certain breed of sleazy, low-budget B-Z horror movies - chock full of gratuitous nudity, grindhouse exploitation and bizarre acting - the Cramps stitched together sex, violence and the macabre into a rock ‘n’ roll Frankenstein’s monster.

Less like the match-made-in hell of Sid and Nancy and more Lily and Herman Munster, the Cramps were formed by bass guitar vixen Poison Ivy (Kristy Wallace) and full-frontal frontman Lux Interior (Erick Purkhiser) after he picked up a hitchhiking Ivy in the early ‘70s. They were conjoined in unholy matrimony until Lux’s death in 2009.

Eight albums and countless bootlegs and compilations make up their catalog, but their debut LP Songs the Lord Taught Us stands out as a masterwork - just as Plan 9 from Outer Space put Ed Wood on the map - however, in the Cramps’ case, it was intentional. “Human Fly,” Garbage Man” and “I Was a Teenage Werewolf” are gems of early garage punk with duel guitars, thumping drums and Lux’s ungodly howls and screeches.


Even Lux’s turn as a musical guest on early SpongeBob Squarepants episodes as a mop-topped, sunglass-bespectacled, parrot frontman for the Bird Brains, performing “Underwater Sun (Down Down Down),” was Cramps to the core. The move was kitschy, catchy and showed that the Cramps didn’t give a fuck about being labeled as “sell-outs.” The Cramps, throughout the later years leading up to their last show in ‘06, never abandoned their punk roots, or cavities.