Local, self-­proclaimed “good ol’ fashioned punk band” The Cutthroats have literally invested blood, sweat and thousands of beers into their 15 year existence. With no interest in any fancy frills, expensive thrills or being defined as any sort of core, Joe, James, Kid and Travis are post­-fuck you! With No Gods, DJ Smoak, DJ Ely Bat. Free, 10pm, The Mix, 2423 N Saint Marys St 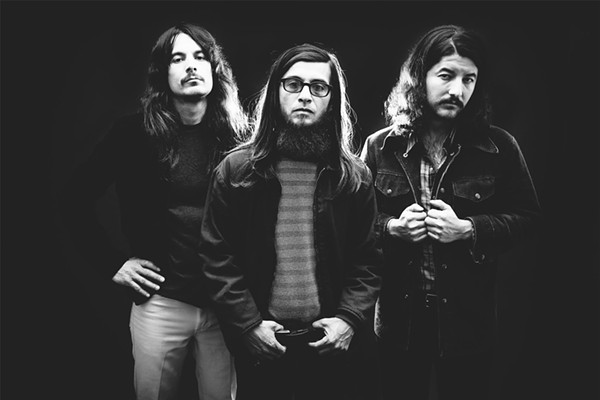 The San Antonio Current kicks off GRSFD, our newest, off-the-cuff concert series. Hosted in the garage on the side of our big blue headquarters, GRSFD is a low-key, high octane celebration of the music we love. We begin on a shit-kicking foot with Austin trio Amplified Heat. Composed of brothers Jim, Gian and Chris Ortiz, the Austin trio takes cues from ‘70s Detroit in fashion, facial hair and unrelenting blues rock. On their most recent effort, On The Hunt, once the brothers pick up on a rhythm, they don’t stop ‘till it’s soaked in beer, kicked to the ground and dragged through the mud. $3, 8pm, San Antonio Current, 915 Dallas St, (210) 227-0044 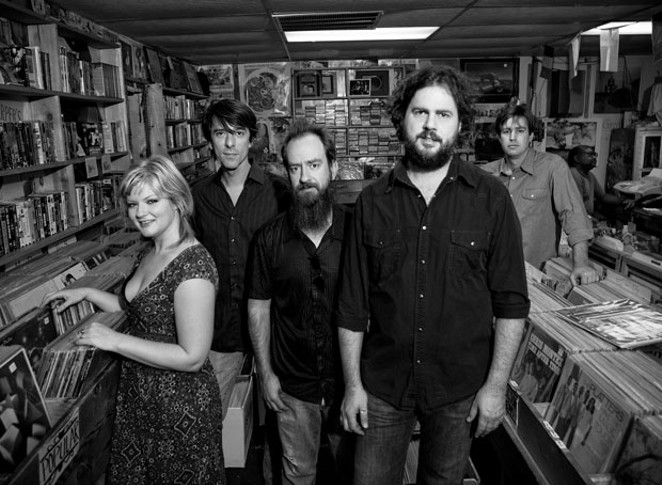 The Athens, Georgia band that anyone who I ever engage in Southern rock conversations with steers me toward, DBT clearly know their roots. But, when aiming as high as The Stones, Neil Young, The Band or Tom Petty, you’re bound to face an uphill battle. $30, 8pm, Gruene Hall, 1281 Gruene Rd, (830) 606-1281

Piñata Protest accordionist Alvaro Del Norte takes a break from the punk outfit of his acclaim and gets in on some puro tejano. With The Lucky Odds. Free, 9pm, The Mix,  2423 N Saint Marys St.

Easily the best-dressed band in San Antonio, Parallelephants brings that same sense of muted style to their tailored pop-funk. Composition Fantastic, the band’s debut record, is a carefully arranged thing, with nary a hair or a riff out of place. Taking notes from Brit-pop, new wave and g-funk, Parallelephants get loose on ridiculously tight compositions. As the title boasts, most of them are quite fantastic. Over nine cuts, the band crafts dancing music for those who are looking to get laid without scuffing up their Gucci loafers. With The Native Roar, Shiny Penny, Ravenhill. $10,  8:30pm, Jack's Bar, 3030 Thousand Oaks, (210) 494-2309

French-born Chinese American cellist Yo-Yo Ma is one of the few contemporary classical performers to enter the conversation of pop culture. From his work with John Williams and Ennio Morricone to his 18 Grammys and Presidential Medal of Freedom, Ma might be the greatest ever to pick up the instrument. From $45, 8pm, Tobin Center for the Performing Arts, 100 Auditorium Cir, (210) 223-8624

It’s been over a year since Brownout first transformed into Brown Sabbath, and they haven’t looked back since. Their 2014 record of Latin funk-infused Sabbath covers Brownout Presents Brown Sabbath was picked up by NPR as one of the top 50 releases of the year, going on to be the most high-profile release in the band’s decade-deep catalog. With Think No Think. $16, 8pm, Paper Tiger, 2410 N St Mary's St, 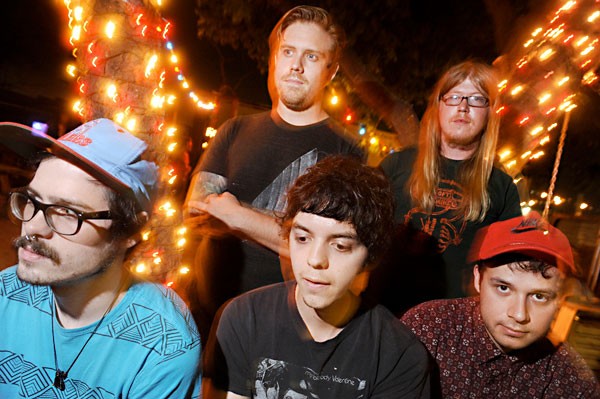