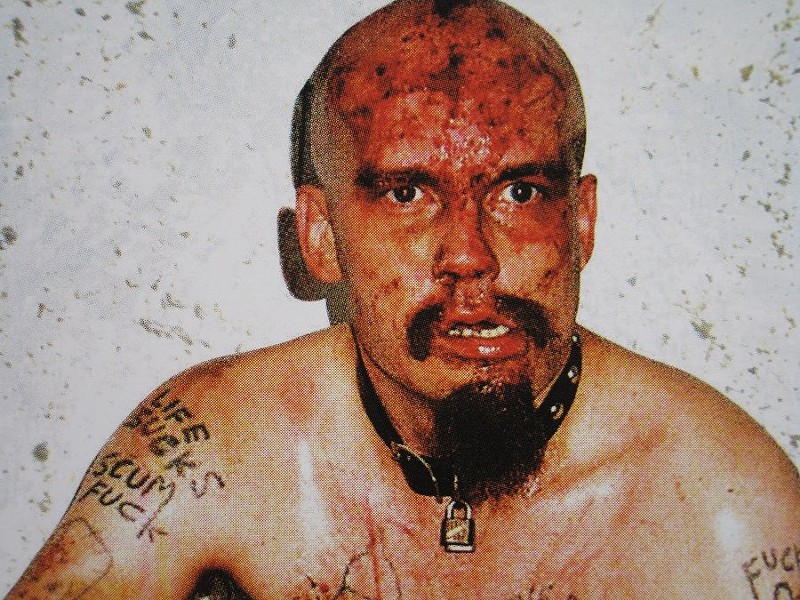 Known as much, if not more, for his shit-smeared stage antics as his musical catalog, the man born Jesus Christ Allin and mastermind behind such punk classics as "Bite It, You Scum," and "Expose Yourself to Kids," is, truly, a Halloween icon for the ages. Dubbing himself "the last, true rock 'n' roller," GG set the bar and broke the mold and then turned around, pissed all over it and shoved it up his ass.

There is no other in the history of rock, or punk rock, for that matter, that even approaches his level of sadistic and masochistic nihilism. Allin always stated that he wanted to die on stage, particularly on Halloween, but was always incarcerated on the 31st.

GG was fond of stating that if he was not the last, real rock 'n' roll marvel - a living, breathing beacon for rebellion and anarchy - that he would have been a serial killer or mass-murderer. Fittingly, San Antonio's Cannibal Bitch will be playing a GG Allin-tribute set at Paper Tiger's Halloween cover show, "Night of the Creeps."

So, if the moon is full, the Ex-Lax is flowing and one soul, a virgin, perhaps, were to summon the demented spirit of GG with a recitation from the GG Allin Manifesto, maybe, just maybe, the "last, true rock 'n' roller" will visit us once more...and "Shoot, Knife, Strangle, Beat and Crucify!"