If you are familiar with Lollipop or Burger Records you already have an idea of what Froth sounds like - spacey, acid-washed, reverb-rock done right. $5, 9pm, Limelight, N St Mary's St, (210) 735-7775 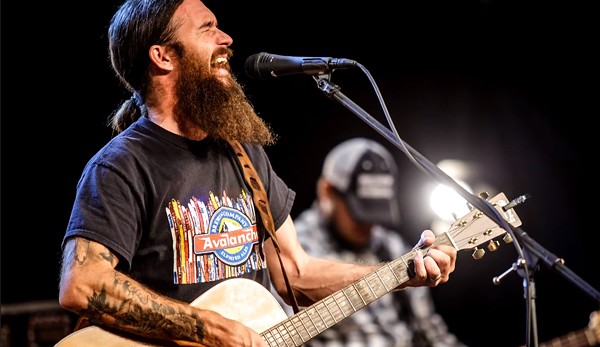 With Sturgill Simpson, Jamey Johnson, Chris Stapelton and producer Dave Cobb’s recent attempts to wrestle that steer of mainstream country to the ground and smother it in the dirt of sincerity, blues and heartbreak from whence it came, Cody Jinks’ chances of making it beyond the jukejoints, chitlin’ circuit and dive bars have never been better. $12, 8pm, Gruene Hall,  1281 Gruene Rd, (830) 606-1281

This is one where the openers may just steal the show from the headliner if all involved are on point. On Garrett Capps’ “San Antone,” the cagey songwriter pins down Alamo City musical culture with verve and an insider’s knowledge. “I found myself down a deep, dark road / empty pockets and a wayward soul / then I heard somethin’ on the radio / sounded like San Antone. / It had deep blues roots, and a Vox organ / a groovy shaker, and a Fender tone / it said ‘she’s about a mover’ and I was gone / gone home to San Antone.” Blues-rockers The Bolos make being in a blues-rock band punk, again. $10, 8pm, Paper Tiger, 2410 N St Mary's St. 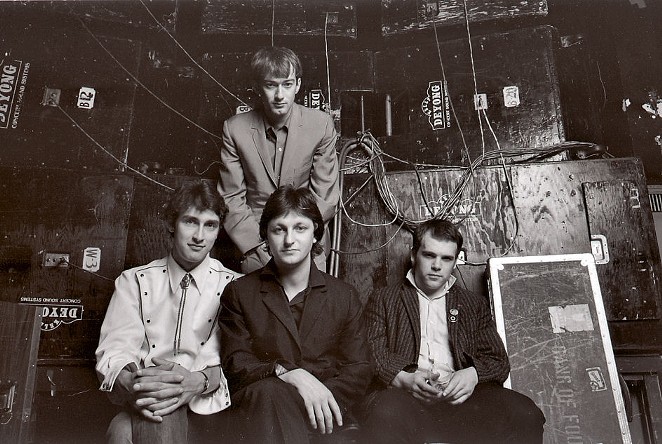 Marxist music for the roller rink. With tunes like “(Love Like) Anthrax,” the B-side to one of the best debut singles — “Damaged Goods” — of any UK band post-British Invasion, the Gang achieved one of the last admirable feats of 20th century writers and rockers alike: being banned by their government. Although guitarist/vocalist Andy Gill is the one remaining original member, this is a bucket list show. With New Regime. $20, 8pm, Paper Tiger, 2410 N St Mary's St.

Ever wish you could satisfy your lust for hip-hop without overlooking messages that degrade women, glamorize gun and drug culture, and are willfully un-empathetic? Whether you are a casual fan or a longtime student of the game, MURS (,“Making the Universe Recognize and Submit” or “Making Underground Raw Shit”) is a force you must contend with if you’re thinking of putting hip-hop in a box. With Red Pill, King Fantastic.  $15, 7pm, Paper Tiger, 2410 N St Mary's St.

Peelander-Z puts on the most insane show possible. The Japanese punk band is renowned for this and have been for fifteen years now. Thus, the anything-goes ideals are ratcheted up even more with this group that may have changed personnel over the years, but have never changed their flavor of crazy. This is one of those acts you need to see at least once in life or feel some hole in your soul until you do so. Best get on that. With Otonana Trio. $5-$10, 8pm, The Korova, 107 E Martin St, (210) 226-5070