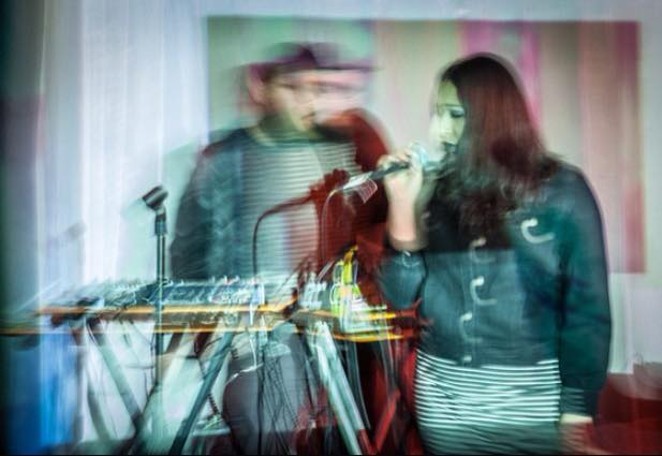 In Calico Club's single and follow up to their Permanent Night EP debut video UNTITLED (F.T.D.F.),  "King of the Streets" the role of the King, in this case a dark, decapitated, limo-riding, duffel bag-dropping, bad ass mafka is turned on its head and replaced by a Queen, The Club's own PleasureFaces.

Drawing from the depression-dance stylings of Johnny Jewel (Chromatics, Glass Candy) and his hearse-bumping, disco for the downtrodden, Calico Club incorporate the skillz of Louie Chavez, (set design), Angie Riojas, who held down the stylings of the kingpin-and-a-pad, burner phone homage to "a friend who passed away," and mysterious and internet-illusive dance troupe House of Kenzo, which in this day and age is intriguing in its own right.
Calico Club's Galacticat describes the video's smooth operator vibe, “In this neon underground, the King of the streets is actually the Queen of the streets. In the video the Queen puts in an order, and things start moving.”

"King of the Streets" sleek, clinical treatment of the nightlife and the goings ons of its empirical/vampirical residents is cool...almost too cool.

KING OF THE STREETS by CALICO CLUB from Nouveau Riche Records on Vimeo.