Get Your Maverick Music Festival Tickets at a Discounted Rate Friday 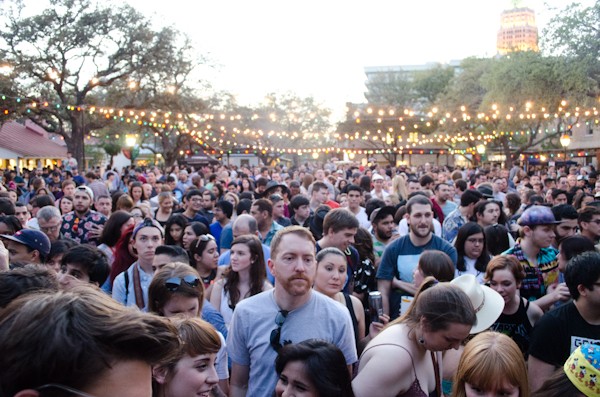 The annual festival that brings an impressive roster of heavy-hitters to our fair and humble metropolis will be selling discounted tickets on Black Friday. That means on Thursday you gotta let your people know that they can knock out their gift for you in one fell swoop by visiting maverickmusicfestival.com and coppin' that ish.

In the past the festival, which is usually held in in La Villita, has played host to such grandiose artists as Run the Jewels, Gary Clark Jr., Cypress Hill (who only vape now), Portugal the Man, the Psychedelic Furs, Tune-yards, Cake, Phantogram, Brown Sabbath, Heartless Bastards, Twin Shadow, Best Coast, Roky Erickson, The Joy Formidable, The Toadies and The Black Angels, to name a few.

This year's lineup has yet to be listed but when tickets for the two-day event are going for $39, I'd venture that you could spring for it and wait to be pleasantly surprised. (I've heard rumors that folks with names that rhyme with Gay-D and Zeponcé may just be coming down, but they may just be rumors).

I'll just leave this here. Not because it's anyone that will necessarily be playing this year's festival, but because my wife makes me listen to it all the time and if I post it, maybe I'll get some.