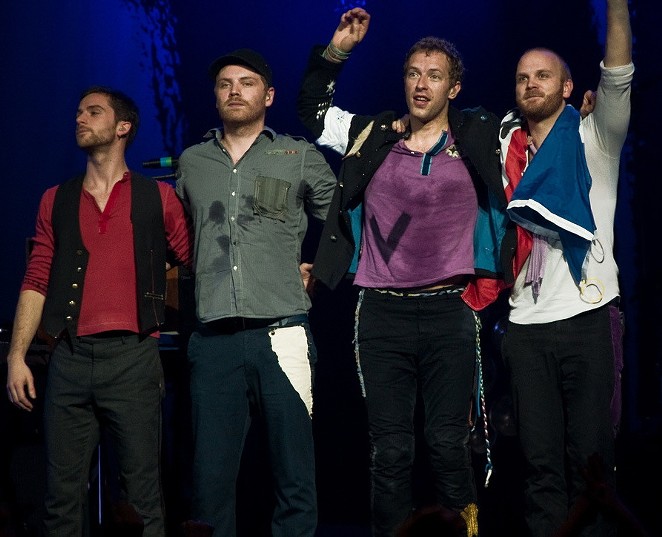 According to The Wall Street Journal, Coldplay, the ersatz indie band that has captured the ire of many music fans with their love of Genesis and low-hanging insult-ability, will headline the 50th Super Bowl halftime show. Bruno Mars, who I am always told by 50-somethings is bringing "good music" back, will perform as well.

Beyoncé, who is still "in talks" with the bigwigs that decide the ins and outs of the annual ode to "cute commercials," early onset CTE and potential nip slips, has not announced her involvement, as of yet. She did, however, perform at the 2013 halftime show and is on the room-temperature titled Coldplay track "Hymn for the Weekend" off their album Head Full of Dreams, which was released today.

Chris Martin, singer for the group, has stated that this will be Coldplay's last record before they call it quits. Which means in about ten years, after he's gone on to a successful solo career, we can expect the rest of the group to start touring under the name Cosplay* or Hotstop, to avoid litigation from the Diet Thom Yorke.

You can watch the video for single "Adventure of a Lifetime" below.