There was a point not so long ago when it seemed dance-punk might break the skin of the mainstream and take over the airwaves. Both an anomaly and a survivor of that millennial craze, New York via California outfit !!! (commonly pronounced "Chk Chk Chk") has carved its own niche with a party-minded hybrid informed by funk, disco and an absurdist sense of humor and style, (think Talking Heads, LCD Soundsystem, Hot Chip). Arguably best known for the 2003 indie-house epic "Me and Giuliani Down by the School Yard (A True Story)," !!! lands at Paper Tiger in support of their sixth studio album, As If. $15, 8pm, Paper Tiger, 2410 N St. Mary's St.

With the millennial swag of Jamiroquai, all Kangol fuzzy hats and moving sidewalk funk, Austin's Capyac try their hand at turning the home of the pickle shot into a disco. Take the sparse, breathy soundscapes of dark Hollywood auteur David Lynch, mix in the arpeggiated, minimalist punk brilliance of Suicide and you're in the same area code as Massiver. With Knifight. $3, 10pm, Hi-Tones, 621 E Dewey Pl., (210) 785-8777 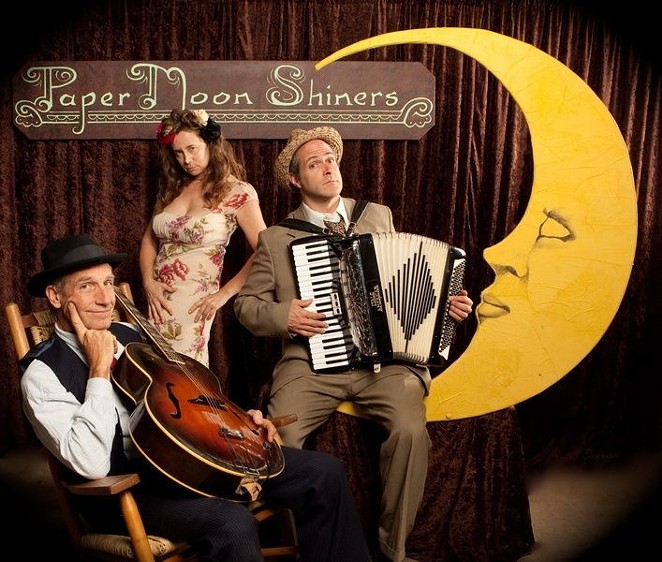 Beside the guitar wizardry in the instrumental breakdowns, Deicide sounds like the time you and Satan got into a belching contest in a dream after you listened to more metal than the average dietary recommendation. $20-$25, 7pm, Korova, 107 E Martin, (210) 995-7229

Singer Alex Mendez of Pinko sounds flailing and dangerous, like a wounded animal with a microphone. The band steers a steady rolling ship of book smart perverts through fuzzy waters. With Hamburguesa, Joseph Anger And The Strange, Detonate and DRUT. $3, 10pm, Hi-Tones, 621 E Dewey Pl., (210) 785-8777

Prepare your neck braces for the primordial riffage of Maneaters of Tsavo and the blues-y, ball-breaking badassery of one of SA's best bands, as voted by you. With Antique Scream. Free, 8pm, Southtown 101, Southtown 101, (210) 263-9880

Crown- "The Ballad of One-Eyed Neal" (Official Video) from EYE I EYE FILMS on Vimeo.