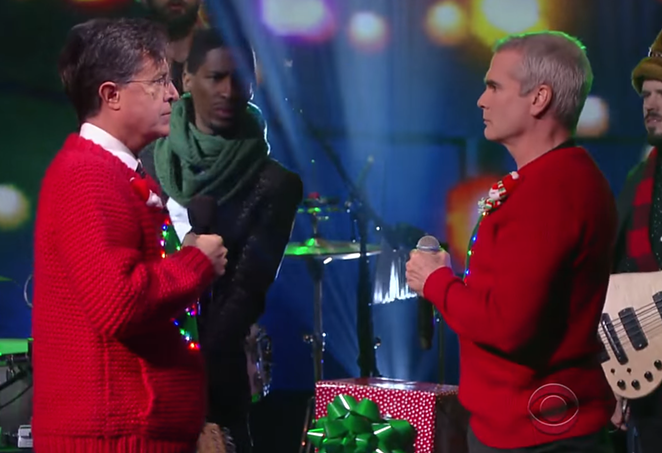 Because Ol' Hank is synonymous with the spirit of Christmas, he stopped by The Late Show with Stephen Colbert to chat about the power of anger, his most recent film He Never Died and to sing a classic Christmas carol with an ugly ass sweater on. Typical day-in-the-life-of-Henry Rollins shit.


He Never Died is a comedic horror film written and directed by Jason Krawczyk starring the ex-Black Flag and The Rollins Band frontman as a cannibalistic hermit who has retreated from society to avoid his eating-people tendencies. The film premiered at this year's SXSW Film Festival and received mostly positive reviews. It is being released in select markets today. Rollins is currently in talks to play main character "Jack" in a mini-series.