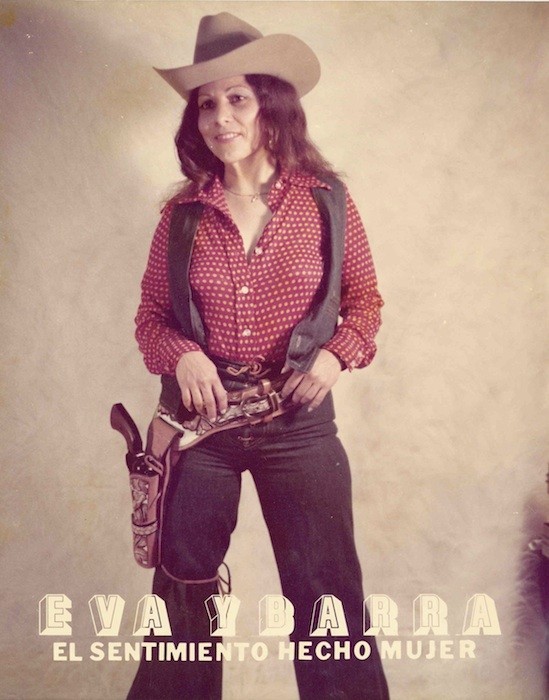 By this time Eva Ybarra should be no stranger to our readers. Her plight has been covered by the Current as well as numerous other local publications, most recently by Express-News music editor Hector Saldaña. In the article, which recently ran in the Houston Chronicle, Saldaña eloquently portrays the hardships that have befallen Ybarra throughout most of her life. From her start as a female accordion virtuoso in a male-dominated medium, to her health issues, to the recent loss of her home and taking up of the old musicians-standby of "kitty-catting," or taloneando, essentially, busking from table to table at local restaurants for $10 a song.

When I spoke to Ybarra in September of 2014, she was very candid about her inability to pay her bills and the discrimination she has faced in the world of Tejano music, as a woman and as a demonstrable musical force. Her voice alone could stop anyone dead in their tracks. She can roar like a lion, holding notes for as long as it takes to wring the pain and heartache from them, and soar like a hawk, reaching notes with a wind power singers half her age would go asthmatic to reach.

That showy spirit has often been her downfall as fellow musicians and venue owners look to put the lion back in the mouses cage.

To be fair, she has had brushes with her deserved acclaim. Popular folk label Rounder Records, home to Ry Cooder and Flaco Jiménez, has released several of her records, she was highlighted in the touring exhibit "American Sabor: Latinos in U.S. Popular Music" which showed at Museo Alameda several years ago, and she was the subject of a recent play that was staged at the Guadalupe Theatre with her life as the focal point.

However, these are small returns for a 70-year-old musician who suffers from back spasms, financial woes and, like any human being, a talent that desires to be enjoyed and respected but goes largely unheard. Much like Robert Johnson, Vincent Van Gogh or J.S. Bach, Eva Ybarra may pass on and never be fully appreciated during her time. She's a blues player, after all. Not in the strictest musical sense of the word, but in the sense that she has long paid her dues, as a musician and a human being, and still, she cannot escape the cruel fortune that the Fates so devilishly deal us all, some surely more than others.

Any opportunity to hear "La Reina del Acordeón" play Eva Ybarra Music is a treat and should be relished. So, be kind to the musicians, those who pick for a dollar or two and a bottle at the stop light, those that "kitty-cat" from taqueria table to taqueria table, and those that just can't catch a break. We may miss them far worse after they have left us than we ever expected to while they were among us.