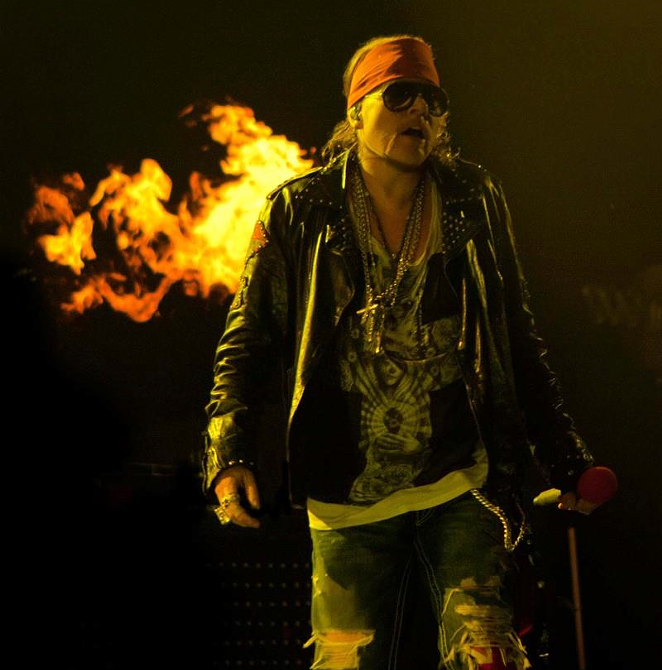 It has been 22 years since the original lineup of Guns N' Roses has been on the same stage together. However, there are rapidly spreading rumors that 2016 may be the year that GNFR reprise their roles as rock 'n' roll's snake-charming, 12-solos-a-song-shredding, hissy-fit-throwing, raptor-screeching, rafter-scraping sons of bitches.

According to reports in Billboard, Slash, Axl, Duff, Izzy and Steve are in talks to reunite for a Coachella set in April and possibly a 25-concert tour of North American stadiums throughout the Summer of 2016. Coachella has a formidable record as a band band-aid as Outkast, My Bloody Valentine, Refused, 2Pac-as-hologram and Rage Against the Machine have all reformed to play the festival in the California desert.