10 Music Shows at Which to Rock In the New Year

This year Limelight, the bastion of hipsterdom next to Hardbodies, a long-beloved live music spot, opened its doors after a short but effective renovation. Now under the management team that made 502 Bar cool, Limelight has wasted no time in making good live music its specialty. To celebrate, the bar is throwing a righteous New Year’s Eve bash, replete with an honest-to-goodness balloon drop and a bonkers bill of music, from the zany, dreamcore soul of Voodoo Boogaloo to the leftfield hip-hop of Chief and the Doomsday Device and the synth soup of trip-hop act Peach Fish. Free, 10pm, Limelight, 2718 N. St. Mary's St., (210) 735-7775 -James Courtney 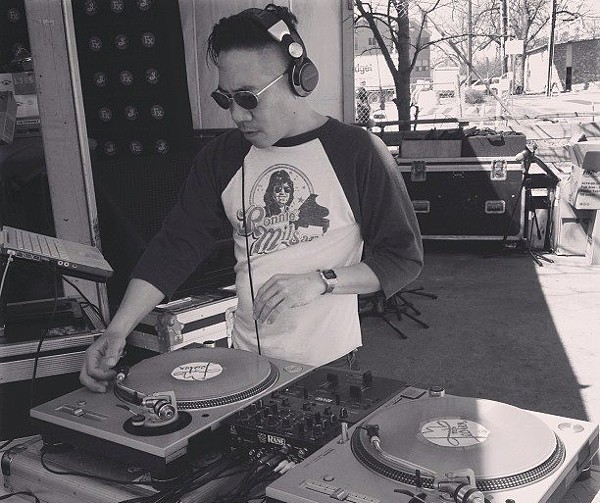 Puttin' on the Glitz: NYE 1976 with DJ Jester the Filipino Fist

1976? Cocaine. I feel like this is just gonna be about cocaine. Either way, the Filipino Fist knows how to throw down a groove, whether it's old school soul or some "Funky Cold Medina," he knows what gets the bros (not necessarily the douchey kind) and the hoes (own it) on the dance ... flo's ? With DJ Boyfriends, Rad Envelope, Terpsi and Bitter Teen. Free, 7pm, Paper Tiger, 2410 N. St. Mary's St.

Back to the Future New Year's Party feat. Guild

Ring in the New Year with The Infidels

Looking to finish out 2015 and ring in its obligatory successor by dousing your ears in the liquid crackle of experimental rock? Don’t sweat, Sound Crater Recording and Rehearsal Studio was thinking the same thing. Billed as a mixer to foster networking across genres and cliques of the San Antonio outré rock spectrum, the BYOB show will feature punk (Ghost Police and Junkie), drone-rock (Mau), sludge (Crawl) and doom metal (Cosmic Behemoth) from SA, as well as grindcore imported from Cleveland (M.D.F.L.). Bonus: Your ringing ears will save you from hearing all those New Year’s resolutions. $5, 9pm, Sound Crater Recording and Rehearsal, 1908 Fredericksburg Rd.