I Will Cut You: Bon Qui Qui is Coming to San Antonio On Her Gold Plated Dreams Tour 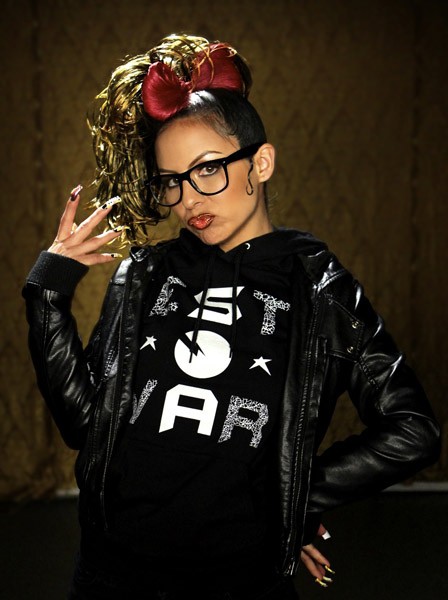 Flashback to 2007: a simpler time where the iPhone made its debut, Miley Cyrus was still Hannah Montana and Britney Spears was bald. But, if you dig deep enough into that year's pop culture, you'll rediscover Bon Qui Qui, the now-defunct MAD tv "King Burger" skit. Perhaps these four words will refresh your memory: I will cut you.

Created by comedian Anjelah Johnson-Reyes, who may be just as well known as Taco Cabana's "TC Girl," Bon Qui Qui was always a lingering presence in comedy and she's back in full force as she conquers the rap game with her debut album, Gold Plated Dreams and two semi-recent music videos.

Coming to the Majestic Theatre on Friday, April 22, Anjelah Johnson-Reyes will perform her stand-up routines, along with transforming into Bon Qui Qui for a comedy-rap musical performance.

Tickets go on-sale tomorrow, January 8, at 10am at the Majestic Theatre Box Office and all Ticketmaster locations.

Despite her rap career and YouTube success, in our hearts Bon Qui Qui will always be the disgruntled King Burger cashier and crown jewel of MAD tv.

I Will Cut You Bon Qui Qui Video