Thursday, January 14
DreamWeek 2016 Presents Jazz in the Key of Free

Half of the rhythm section of interstellar indie outfit Pop Pistol, George Garza presents his own works. With Xes Xes and Krishna Monks. $5, 8pm, Imagine Books and Records, 8373 Culebra Rd., (210) 236-7668

Saturday, January 16
Happiness is a Choice: DreamWeek Night Out With Roxy Roca 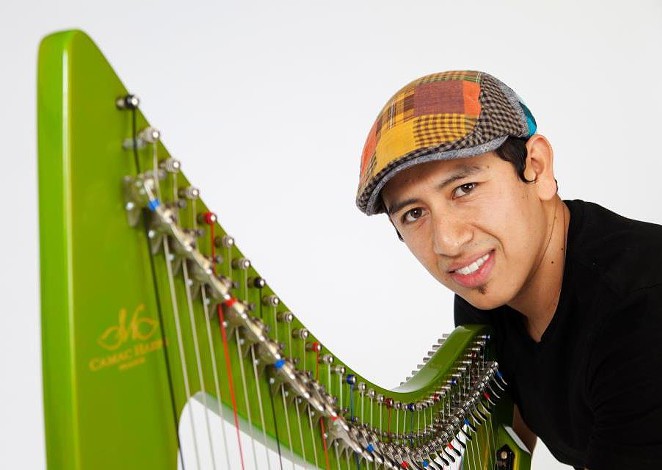 Part of the "Las Americas" city-wide music festival. Harpist Edmar Castaneda has taken the jazz world by storm with the sheer force of his virtuosic command. It's jazz harp, people! And in one of the most beautiful cathedrals in the U.S. Free, 6:30pm, San Fernando Cathedral, 115 Main Plaza, (210) 227-1297