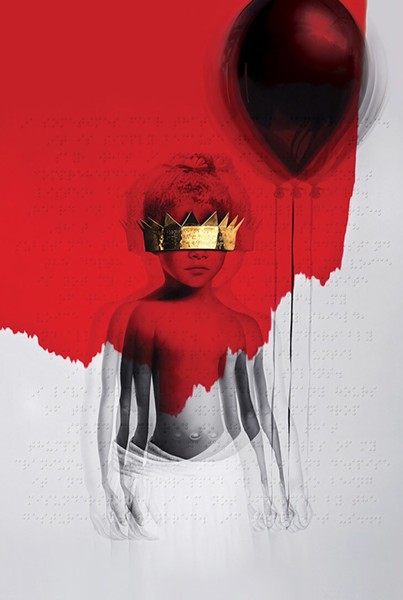 In a move equal parts depressingly opulent and super exciting (for Rihanna fans), Ri-Ri recently took a selfie wherein she is said to be listening to the final mix of her soon-to-be-released album ANTI ... in a pair of $9,000 headphones.

Sources have alerted Billboard that the follow up to her 2012 release Unapologetic will most likely drop before Friday. Just this morning, the singer released the most recent single off of the record, entitled "Work," which features none other than 6 God, Drake.


The album is rumored to have been "executive produced" by Kanye West and will include previously released singles  "Bitch Better Have My Money," "FourFive Seconds," and "American Oxygen." Interestingly, the album's artwork, which was created by Roy Nachum, features a poem written in braille, a considerate reaction to the burgeoning ableism movement and the efforts of much of the world to draw attention to the oppression and exclusion of disabled folks.

Rihanna will head out on a worldwide tour in support of the album later this year but will bypass San Antonio, instead stopping in Austin, Dallas and Houston on her trip through the Lone Star State.