Las Tesoros Will Reunite For A CD Release and Concert 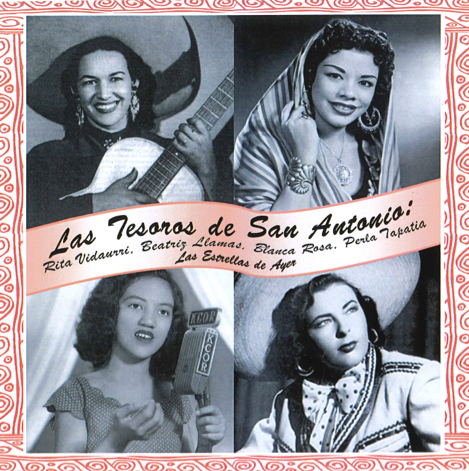 A supergroup of established performers from the '40s, '50s and '60s, Las Tesoros' was made up of four unique, westside San Antonio singers, Rita Vidaurri, Beatriz Llamas, Blanca Rodriguez and Janet Cortez (who passed away in 2014).

Although popular and talented, Las Tesoros' career met an untimely demise, due to the sexist and racist climate of the time period in which they performed.

On Sunday, February 7, the strong, independent pioneers of the early SA music scene will perform again. Brought together by the Esperanza Peace and Justice Center, an establishment that unites the unheard voices of San Antonio, Las Tesoros will be accompanied by Mariachi Aguilas in two performances dedicated to Cortez.

To coincide with the performances, the Esperanza Center will exhibit photos and memorabilia to show the struggle of being Mexican American in a male-dominated music industry. The exhibit will run from February 7 through March 26. $5,  3pm, 6pm, Esperanza Center, 922 San Pedro Ave., (210) 228-0201