Innovators of one of the best music mashups ever: surf-punk, Agent Orange is also the creator of bro-punk (but no one seems to talk about that). With In the Whale. $16, 7pm, Paper Tiger, 2410 N. St. Mary's St.

I’ll give you three words and you guess where melodic punkers Big Eyes are from: white, young, Brooklyn. Flesh Lights raise the banner for Dadaist, kiss-me punk carried by elders the Angry Samoans and The Undertones. With Lloronas and The Zukinis. $5, 9pm, The Ten Eleven, 1011 Avenue B, (210) 320-9080

When not performing as one half of the queer, booty-bouncing badass duo Ghetto Prom, Conde combines traditional singer-songwriter refrains with rhythmic acoustic guitar and cerebral spurts of hip-hop. With FILMSTRIPS and Yes, Alexander. $3, 9pm, Limelight, 2718 N. St. Mary's St., (210) 735-7775

Friday, February 5
From Bernstein to Piazzolla

The final chapter of the Las Américas Festival is a smorgasbord of sounds and styles. Two of legendary composer-conductor Leonard Bernstein’s masterpieces are presented: his symphonic suite from the Oscar-winning film On the Waterfront and his Chichester Psalms, featuring the San Antonio Symphony Mastersingers. Tango-king Astor Piazzolla’s concerto for bandoneón, Aconcagua and Arturo Márquez’s Danzón No. 2 add Latin zest to the proceedings. $25-$96, 8pm, Tobin Center for the Performing Arts, 100 Auditorium Cir., (210) 223-8624

Goddess forbid the levees break again, but if they do, follow Lochness Mobsters. The Louisiana via Austin trio may not know how to surf, but they sure sound like they’ve been navigating waves of piss, beer and piss-beer for a solid minute. $5, 10pm, Hi-Tones, 621 E. Dewey Pl., (210) 785-8777 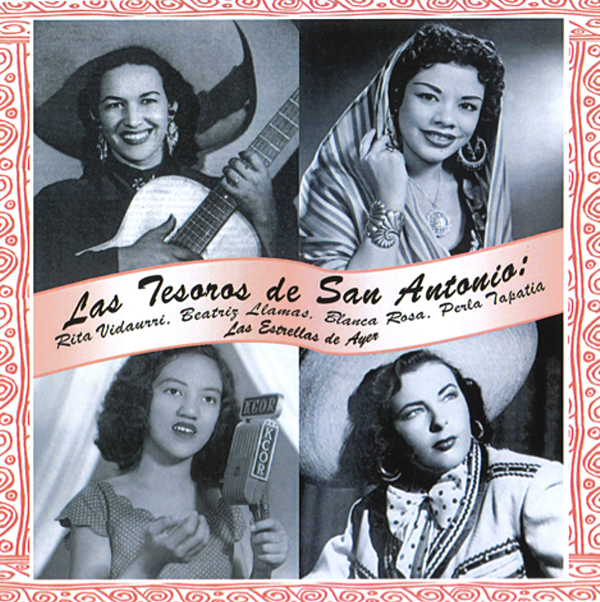 The Esperanza Center presents Las Estrellas de Ayer, Las Tesoros de Hoy CD release and concert. Las Tesoros de San Antonio were four mujeres from the Westside of San Antonio who were individually renowned performers in the 1940s-'60s. The CD features original music compiled from early recordings of the mujeres and is dedicated to and features the songs of Perla Tapatía, a Tesoro who died in 2014. $5, 3pm and 6pm, Esperanza Peace & Justice Center, 922 San Pedro, (210) 228-0201