Some Thoughts on Queer Shaming From One SA Rapper to Another

February 10, 2016 at 5:46 PM
comment
Editor's Note: To be clear, the artist in question is P2 The Gold Ma$k. P2 The Gold Ma$k has been invited to respond in the hope that a dialogue can be achieved and his opinion can be fairly represented, but has declined. However, the offer is still on the table. P2 The Gold Ma$k did offer to possibly meet with Conde in person but an agreement could not be made between the two. 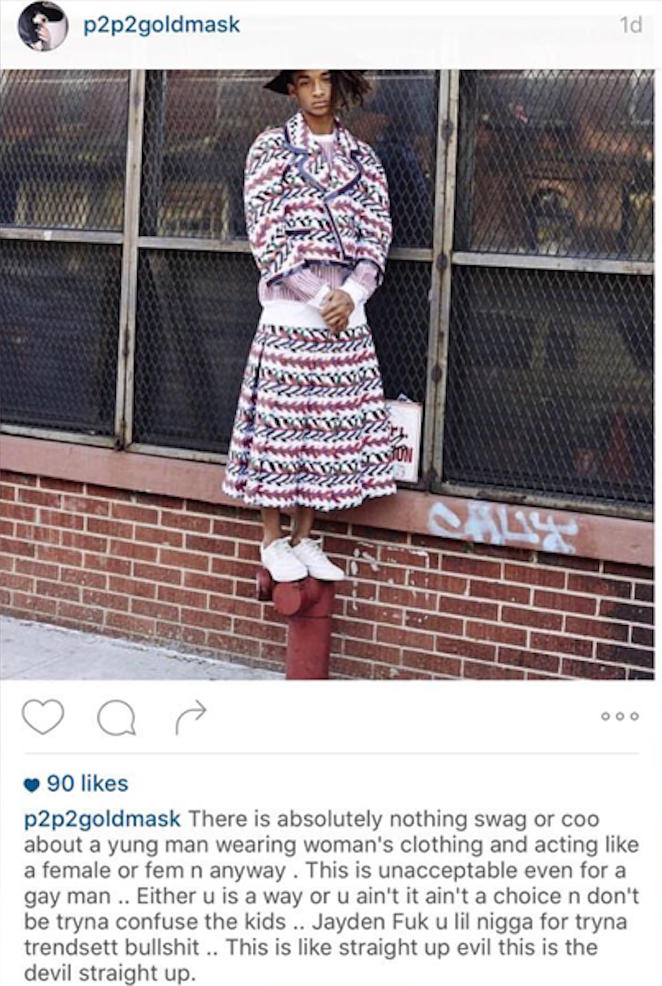 As much as I’ve listened to Rage Against The Machine and have been influenced by singer Zach de la Rocha’s cadence and syllabic patterns I have really never gotten very political with my art. I’ve found that it’s kind of off-brand, for myself. My message was and still is about emotional and spiritual freedom – freedom from drug addiction, from harmful relationships with people and freedom from belief systems that keep me hurting myself or the people around me.

So, on social media, I try (emphasis on “try”) not to get engaged in political discussions – the Internet can be a terrible place to communicate ideas with which other people strongly disagree. However, as an openly gay rapper who sometimes performs as my female alter-ego Diamond Daggerz, it’s hard not to say something when I see posts that are homophobic, transphobic or sexist. Especially if it’s coming from another rapper that performs in the same city as myself.

Now, I really don’t believe in censorship, I think people should be allowed to say exactly what’s on their mind and hearts. So, while I’m glad you’re utilizing your voice to openly and freely say whatever’s on your mind, Ma$k, I strongly urge you to open your mind before you open your mouth.

Yesterday you posted a picture of Jaden Smith in a dress and said "there is absolutely nothing swag or coo about a young man wearing woman’s clothing and acting like a female or fem n anyway. This is unacceptable even for a gay man (sic)." You continued, “This is like straight up evil, this is the devil straight up.”

Tell us how you really feel, bro? This isn’t me defending Jaden Smith. This is me bringing light to how this type of thinking is dangerous and harmful to people who are struggling with gender identity: young people, or people in general, who are interested in dressing in clothing beyond the social norm of what “girls” and “boys” clothes are "supposed to be." The hip-hop community has been dominated by cisgendered men who use the word “faggot,” who treat women as objects and promote this lifestyle by romanticizing it in their lyrics.

In recent years, though, there has been an emergence of LGBTQ artists who are gaining a voice in the spheres of hip-hop and R&B: Azealia Banks, Cazwell, Mykki Blanco and Frank Ocean, to name a few. A couple of years ago Vinnie Paz of Jedi Mind Tricks recorded a song with Yes, Alexander, an openly queer singer. Last year Lil Wayne signed openly gay rapper Fly Young Red to his label, and most recently Beyoncé worked with “Queen of Bounce,” LGBTQ performer Big Freedia on her single “Formation.”

Lesbian, Gay, Bi, Trans, and Queer artists are just now starting to have a voice in realms that have often been violently homophobic. When we say negative things about issues of gender equality, homosexuality or transgenderism, or people who don't understand it or are afraid of it, it perpetuates that fear and breeds like a cancer.

I make mistakes all the time. As a rapper I struggle with not appropriating AAVE (African American Vernacular English). I have to be conscious not to use it and for so long I did not realize how disrespectful it was for me to use. My point is is that we’re all learning. If we’re all just, at least, willing to hear and listen to each other’s point of views, rather than casting our un-informed opinions on issues, we can collectively grow and improve each others' way of life. From one San Antonio rapper to another, let’s do better.