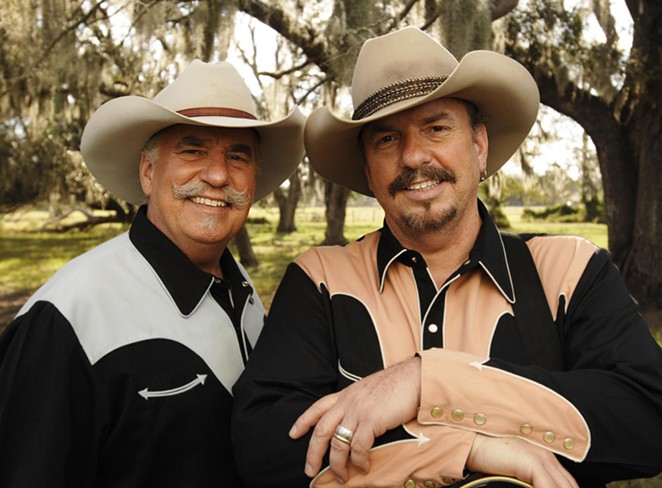 Cumbia beneath the deep in this underwater-themed dance party. Suggested donation of $3, 10pm, The Phantom Room, 2106 N. St. Mary's St.

In regards to Ellis Redon, some brilliant music critic once wrote, "His music is vast and metallic, like dusk in a scrapyard—pixies playing in the kindled underbrush of a slashed and burned rainforest. I want to make out and cry, cry and make out." With Crocodile and Old Soul. $3, 9pm, Concrete Jungle, 1628 S. Presa. St., (210) 884-6455

The Bolos' Osita Anusi, The Hares' Harvey McLaughlin and Lonely Horse's Nick Long and Travis Hild have formed a band of varsity level rock 'n' rollers. We'll see if the whole can live up to the sum of its parts. $5, 8pm, Paper Tiger, 2410 N. St. Mary's St.

Stand in a room full of blowdryers for 40 minutes; hot, sticky waves of vibrating heat cascading across your bod. Their white noise humming like a million grasshoppers, changing frequency in unison. 'Tis the Grasshopper, my friends. 'Tis the Grasshopper. With Ghost Police and Extent. Free, 9pm, Faust Tavern, 517 E. Woodlawn Ave, (210) 257-0628

You'll fall in love with the pixiesh frontwoman of this guttural hillbilly punk duo from Tennessee. 'Til you realize the face-tattooed, gravel-throated guitar player is her husband. Then you'll love her from afar. Real respectful like. Free, 1pm, The Cove, 606 W. Cypress St., (210) 227-2683