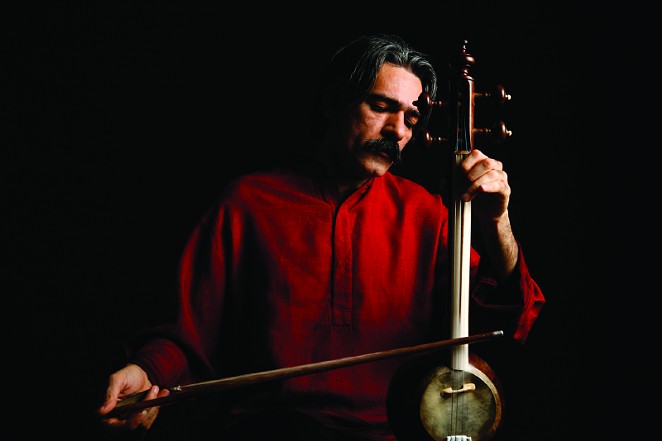 Instead of taking the trip to exotic places around the globe, San Antonio's International Music Festival is bringing culturally diverse music to your backyard. Made possible by Musical Bridges Around the World, an organization that unites diverse musicians to culturally enrich SA and its youth, the five concerts will take place at different locations around the city, but will be on a first-come, first-served basis.

With a $50 donation, reserved seating will be available for the five concerts.

The second event  on Saturday, February 13 is Persian Impressions at the Empire Theatre, and will start at 7:30pm. The concert will be a blend of the multicultural Silk Road Ensemble, Tablaist Sandeep Das, Kamancheh player Kayhan Kalhor and classical cellist Mike Block, all from different countries, showing that a clash of cultures can make sweet, sweet music.

Avant Chamber Ballet Dallas' Katie Puder, Artistic Director and Choreographer, presents Stravinsky’s L’histoire du Soldat, with a story based on a Russian folktale about a soldier in WWI who exchanges his fiddle to the devil for wealth. The theatrical performance will take place on Sunday, February 14 at the Carver Cultural Center, starting at 3pm.

On Saturday, February 20 at 7:30pm, Singing Strings, a collision of the guitar and cello, will be gracing the Motherhouse Chapel of the Incarnate Word. Accomplished cellist Boris Andrianov and guitarist Dmitry Illarionov will perform the classics together in perfect harmony.

The final performance Souvenir de La Russie, featuring prestigious Russian dance ensemble Barynya accompanied by concert duo AleAnya and Flying Balalaika Brothers, will be cooler than the tundra. The spectacle will go down February 21, 2016 at 3pm in the McAllister Auditorium.