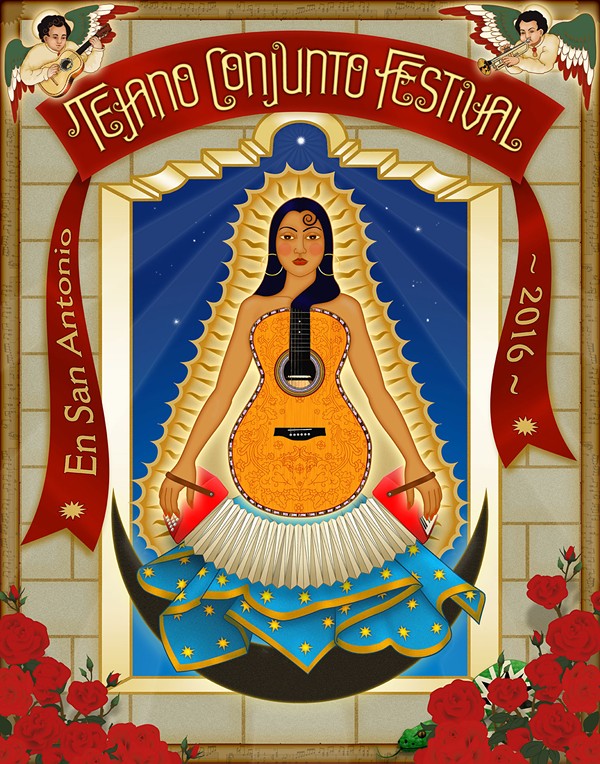 Virgen de Guadalupe, with vivid vibrancy and depth, is imagined as a symbol of music, including hair that transforms into an ornate acoustic guitar and both hands strapped onto a accordion, as if she was busting out a traditional spanish song. Even though there're no musical notes on the lyrical poster, the music flowing through it can be heard with clarity.

The winning poster for the  35th Annual Tejano Conjunto Festival was created by artist, graphic designer and graduate of Texas State University Therese Spina, who said  "I did a lot of research and created it based on imagery that’s embedded in Latino culture.”

Over the past weekend, all applicants, from four categories - Middle School, High School, College/University, Open to the Public - were evaluated and Spina's poster was victorious, with a included prize of $1,000. All winning selections will be on display at the festival's opening night Friday, May 13.

The festival will be at the Guadalupe Theater and Rosedale Park May 11-15 and features over 30 Conjunto bands. The full schedule will be released next week.

The winning entries for the 35th Annual Tejano Conjunto Festival poster contest are below: