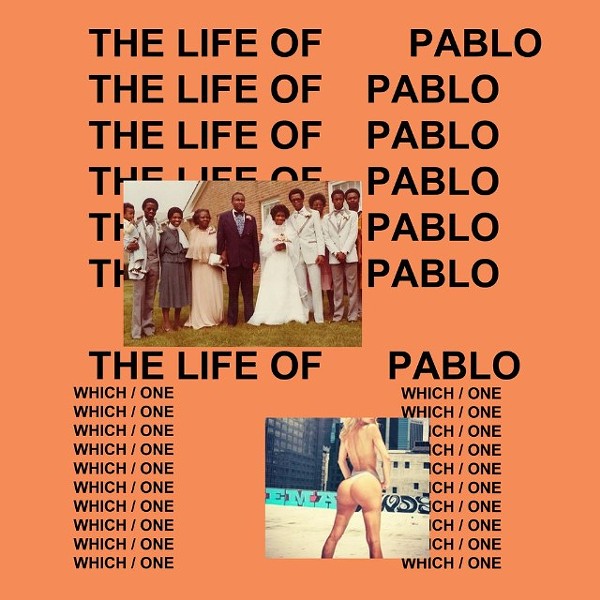 It’s been said a sure-fire way to divide a room is to mention politics or religion.
You can add Kanye West to that list of controversial topics. The 38-year-old
super producer turned rap’s Steve Jobs (proclaimed by Yeezus himself) has no
shortage of highlights and low-lights; the latter making Kanye a polarizing
figure in the last year or so. From trolling Taylor Shift, wrestling with the paparazzi and recent raucous commandment-esque Twitter rants; West has left us all wondering, what the hell is Kanye smoking? I mean really, what is Kanye
smoking?

Nevertheless, there’s one undeniable fact: he delivers. Galaxies ahead of the fray and not afraid to push the boundaries of the common thread of hip-hop’s past, Kanye delivers. Vilified personally and scrutinized to the 10th degree, he still doesn’t disappoint and that consistency has fueled the anticipation of his seventh studio album TLOP (The Life of Pablo). Fans and music critics alike debated whether the album’s title was an ode to Picasso or Escobar. Ye hinted via Twitter, maybe St. Paul the Apostle was his inspiration, but no clear cut explanation has surfaced.

TLOP’s first track, "Ultralight Beam,” instantly grabs you as a child professes devotion of orison gestures, removing the evil to open the floodgates so the Lord can work. Dubbed a gospel album (with cussing) by Ye, the initial feel is dead on. The aura is rich and savory; the drums are patient while the lead synth is layered to perfection.

“Ultralight Beam” serves as an utterance of faith, plain and simple. Kanye, backed by a full choir suggests “This is a God dream / This is everything.”  Similar to the viral child’s introduction, Kanye’s verse patterns prayer, “Deliver us serenity/ deliver us peace/ deliver us love and we know we need it.” Many tweeters traded actual church service for non-stop replays.

Roc-Nation’s workhorse The Dream assists on the hook, followed by a much appreciated appearance from Kelly Price; her contribution is truly a gift. Chance the Rapper (aka Lil Chano from 79th) shines the brightest. The fellow Chicagoan purges his soul as well; now a father, he refers to his daughter as being “Just like Sia, you can’t see her,” for those extra thirsty to snap pictures of his newest addition. The track seems effortless and not at all heavy-handed, just honest emotion. Kirk Franklin would add the finishing touches to this introductory statement in prayer.

”Father Stretch My Hand,” produced by the ever-so-popular Metro Boomin, the man responsible for the “What a Time to Be Alive” collaborative effort from Drake and Future, crafts a decent banger. The songs initial sound takes a T.L. Barrett sample of the same title, then darkens the clouds as a heavy synth hits, and we all know, “If Young Metro don’t trust you,” what happens …

Kid Cudi’s presence is felt and greeted with open arms, it just works, but a verse would’ve gone a long way. Overall the makeup for a great song was imminent, however, the pendulum swings like Charles Barkley on the green and shit gets wild thereafter. The concept leaves the room then this jewel is birthed: “Now if I fuck this model / and she just bleached her asshole / and I get bleach on my T-shirt / Imma feel like an asshole.” And from then on, the unraveling starts. An apologetic Kanye croons "He wants to be liberated," and feels he's been harsh, not by choice, and knows he hasn't been the easiest to deal with.

“Pt. 2,” a tale of the earlier struggle days where Ye, “Up in the morning / miss you bad / sorry ain’t call you back / same problem my father had” gives a refresher of the events leading up to his car crash and his mother passing and the residual effects of dealing with the pressures that comes with the limelight. G.O.O.D Music’s newest signee, Desiigner’s "Panda," is the backdrop. The energy is good, and Ye shows flashes of the Old Ye, hectic yet reflective in a manner of sporadic thoughts.

Kanye West, never one to leave an emotion on the table, shakes the tree of controversy with another one of his over the top claims and proclamations. The media caught wind of the lyrics a week or so before the public did. It was said the lyrics were given the thumbs up by the Taylor camp and that, later, would serve as a falsehood.

“Famous,” featuring Rihanna and produced by Swizz Beatz. The stage is set.

Cue Kanye: “For all my south side niggas that know me best / I feel like me and Taylor might still have sex(why) / I made that bitch famous / I made that bitch famous,” the line that made the Internet shit their pants. “Famous” would later be an ode to past lovers or flings that never got there just due in the spotlight with Ol’ Yeezy. The seesaw of emotions that are housed on TLOP are all over the place. Given the overall popularity of Ye’s Adidas venture, “Feedback” is a middle finger to those that doubted. Ye suggest he’s “been out of [his] mind for a long time now” and asks us to “name one genius that ain’t crazy.”

“Feedback” lacks bravado and the staying power to really make you pay attention, other than hearing Ye talk his shit. This album, being feature-heavy and pulled in so many directions dilutes the overall purpose; some would say that was done intentionally. Ye took somewhat of a backseat on nearly every song. “Low-lights” and “Highlights” are different titles in the same category, mediocre. Although an awesome testimony, “Low-lights” has no business being here and we know it.

The tail end, or so-called bonus tracks of TLOP, are where the magic happens, “Real Friends“ is what we’ve come to love; an introspective look in the mirror and bear-it-all “real recognize real” approach, and this is just that. Ty Dolla $ign fits in just right.  “30 Hours” and “No More Parties in LA” both were releases prior to the album and set up a thunderstorm of Old Ye vs. New Ye tweets.

“30 Hours,” a tale of Kanye showing dedication and racking up miles in his Eddie Bauer Expedition to visit a then girlfriend, turned open relationship. It was rumored and now confirmed Drake was a writer on the track, and you can hear the nuances of the OVO fella as the song and wordplay advances. The apex: Andre 3000 lends his soulful vocals towards the climax of the song.

“No More Parties in LA“ is Kendrick’s song, point blank. m.A.A.d City’s own drops jewels, one after the other, as he illustrates the hunt for rappers by thirsty women.

All in all, we do miss the Old Ye and most of TLOP is open to innovation; I believe the major critique will be lack of time spent crafting. TLOP appears rushed and jumbled with collaborations, but never quite finds its way. Although messy and unfiltered, the cool part is Yeezy still tries.

It’s no secret Ye has been busy; a new child, the Adidas venture and begging Mark Zuckerberg for investments in beautiful ideas on Twitter, of all places, has taken top priority.

Kanye, one of the last from the era of true hip-hop heads, keeps us all wondering. In a time of unoriginality spilling over, this album is authentic to the core and will be seen as art, primarily. I like the album, it’s not bad, it’s also not going to blow lots of people away, and that’s fine.

Get the album and listen with an open mind.