Women's Herstory Month: 15 Songs to Get You Pumped 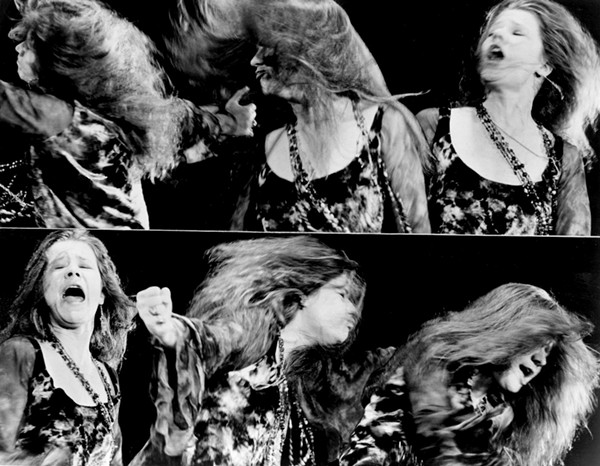 The official theme for 2016's Women's History Month is "Working to Form a More Perfect Union: Honoring Women in Public Service and Government," but today, we'll be focusing on women who've rocked the world (and challenged the male-dominated musical landscape).

To make this mixtape, the artist doesn't have to explicitly define herself as a feminist, but only to have made a lasting impact that will inspire generations of girls to grab microphones, guitars or any form of musical expression they can get a hold of.

Although this compilation isn't the definitive list of women who rule, it, like the current state of empowering music, is a good start.

Tina Turner - "What's Love Got to Do With It"
Even though Tina Turner faced both mental and physical abuse by the hands of her ex-husband Ike Turner, she got back on her feet, recorded some chart shattering hits and made out on top as a solo artist, including Grammy awards and a early induction into the Rock and Roll Hall of Fame.

Bikini Kill - "Rebel Girl"
Riot grrrl - the movement that helped usher in the third wave of feminism - gave a voice to women by making socially expressive music, circulated zines that helped voice their opinion on what's wack in the world, among others. Bikini Kill, led by punk queen Kathleen Hanna (who totally came up with the phrase "Smells like Teen Spirit"), was the most commercially successful, until Hanna formed Le Tigre and the Julie Ruin after their breakup.

Babes in Toyland - "Bluebell"
Even though the whole album Fontanelle was practically dedicated to dissing former BFF Courtney Love, lead singer and chief songwriter Kat Bjelland also had a bone to pick with "deadmeat motherfuckers" who "try to rape a goddess."

No Doubt - "Just a Girl"
Think of mainstream females in the '90s ska punk scene, and Gwen Stefani, complete with her bindis, quirky style and washboard abs, is a rad girl that comes to mind, and she worked the hell outta it.

M.I.A. - "Bad Girls"
Lame SNL skit aside, "Bad Girls" and its accompanying music video that rallies for the women to drive movement in Saudi Arabia - complete with badass females drag racing and poppin' wheelies - is far more than empowering; it's a game changer.

Christina Aguilera - "Beautiful"
As the definitive body positive anthem of the new millennium (sorry, Meghan Trainor), "Beautiful" is the perfect song to sing to yourself when patriarchy bullshit gets you down.

Grimes Feat. Janelle Monáe - "Venus Fly"
Much like the man eating, uh, fly eating plant for which it was named, "Venus Fly" is a fuckboy-on-the-dancefloor repellent jam that'll give girls their discotheque rights back.

Janis Joplin - "Cry Baby"
Instead of crying over bad relationships, small town girl from Port Arthur Janis Joplin was constantly criticized for her open sexuality and her rightful place in the male dominated rock 'n' roll scene in the '60s.

Sonic Youth - "Kool Thing"
Sonic Youth frontwoman Kim Gordon recently made headlines by calling out notoriously anti-feminist, Lana Del Rey, by saying "why doesn’t she just off herself?" But hey, in a world full of hate, shouldn't us women just get along and support each other despite our differences? I'm not the founding member of Sonic Youth, so I'll just keep my mouth shut.

Miley Cyrus - "Do My Thang"
Say what you want about Miley Cyrus (nothing will be original, I can assure you) but she probably holds the title of most hated female in music. It takes ovaries of steel for anyone, man or woman, to go through the slut shaming she goes through on a daily basis. Oh, and #Imisstheoldmiley.

Destiny's Child - "Survivor"
"I'm not gonna compromise my Christianity" sings Beyonce with Kelly Rowland and LaTavia Roberson, proving that you don't have to sell your soul to Satan to be a feminist.

Spice Girls - "Wannabe"
Beatlemania? Spicemania was where it was at, with girl power amped up to a million. All five women in the group had distinguished style and unique personalities, showing that they weren't just carbon copy, pretty faces.

TLC - "Waterfalls
Bursting onto the scene in '92, TLC proved that being an all-black, all-female R&B, hip hop group could be successful, both critically and commercially. "Waterfalls," one of TLC's most popular singles, was especially important because, like their other material, it tackled social, unglamorous issues such as the AIDs epidemic.

P!nk - "So What"
"So, so what?" P!nk sneers with attitude before declaring "I'm still a rockstar...and I don't need you." P!nk, with her punk rock spirit and upbeat, pop music, embodied the strong woman figure - uncompromising, optimistic and independent.

Björk - "Army of Me"
In her me, myself and I call to arms, Iceland's first international celebrity Björk urges listeners to "stand up" and fight for themselves, or some shit like that.