Foo Fighters Are Not Breaking Up ... Just Goofing Off 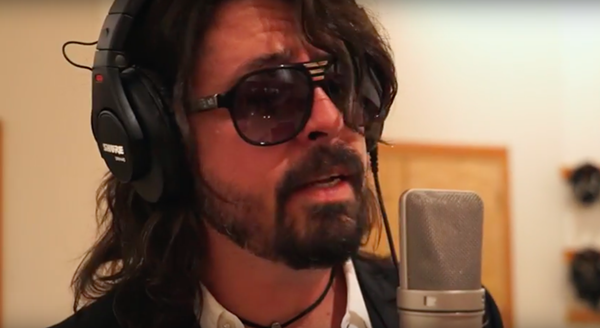 Could you hear the collective sigh elicited from the hordes of Grohl-worshipping Foo fans this morning as the band, recently rumored to be calling it quits, denied the sweet fable?

After a completely blown-out-of-proportion statement from drummer Taylor Hawkins statin that after touring for several years it's time for a "break," the internet was abuzz with speculation that the quintet would be hanging up their elastic-waisted skinny jeans.

Cool dads and alternative sorority sisters everywhere rejoiced as the scuttlebutt was thoroughly shot down with the release of a goofy self-spoofing video of Foo Fighters' guitarist and vocalist Dave Growl attempting to make it as a singular artist, following a solo performance of The Beatles' "Blackbird" at Sunday's Oscars.

The tepid rock band's leader, long endearing himself to rockers via friendship with Motörhead frontman Lemmy Kilmister and the inclusion of The Germs' Pat Smear on guitar, is actually, for my money, a better comedian than songwriter. But, hey, I just make my living loving rock 'n' roll, so what do I know. (Then again, Grohl is a bazillionaire, so) ...