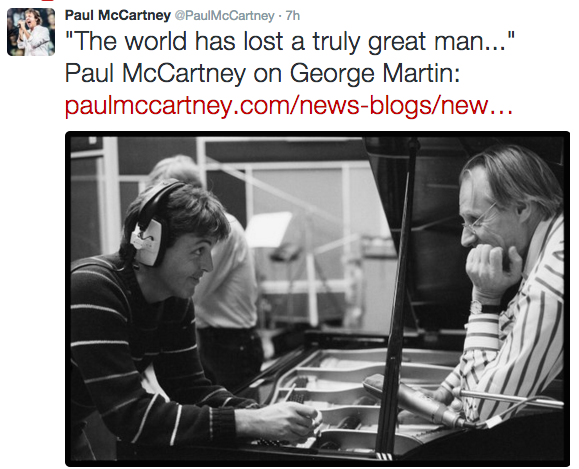 The iconic producer behind the biggest pop band of all time has died. George Martin, often referred to as "the fifth Beatle," passed away in his sleep on the night of March 8. His trademark production, arrangements and instinct for all of the aural possibilities of a song, much like a British Brian Wilson, (surely not an exact comparison but similar in scope) was an intrinsic part of The Beatles' sound. Martin added much of the distinct arrangements and instruments to the quintet's legendary records.

The Beatles initial recording process with Martin behind the board did not yield great results. Martin felt that the group's original material was not up to snuff and that then-drummer, Pete Best, left much to be desired. However, coming from a comedy recording background, once he heard the witty banter between the lads, he was sold, believing if he didn't like their music he could just record them shooting the bull.

Martin's greatest contribution to The Beatles is generally considered his arrangements of orchestras and elements of symphonic music that colored the group's compositions throughout their existence. The orchestra and arrangements on "Yesterday," "Strawberry Fields Forever" and "Eleanor Rigby" being perfect examples of Martin's schooling and ear for unconventional timbres and textures in the sphere of the fledgling genre of rock 'n' roll.

I mean, we're talking about The Beatles here. What can you possibly say about the man that oversaw the entire production of some of the best pop music of all time? 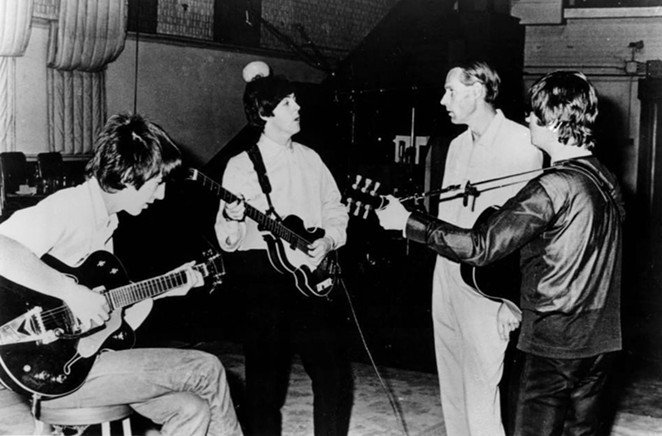 Not just The Beatles' producer, Martin spent the vast majority of his life behind the soundboard, crafting the best sound for artists as diverse as Stan Getz, Cheap Trick, Dudley Moore and Celine Dion.

Spend the next fifty minutes with Martin. Work can wait. Tell them you've got a meeting with a Beatle and enjoy the life of a brilliant craftsman. Someone who helped shape the world of popular music and, in the end, humanity itself.