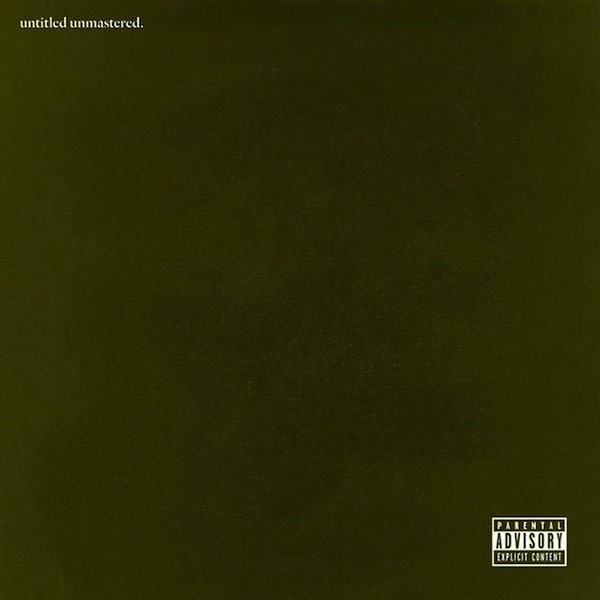 Fresh off his 11 nomination Grammy night for the groundbreaking To Pimp a Butterfly, wordsmith extraordinaire Kendrick Lamar has startled us all by releasing demos from TPAB, titled untitled unmastered.

untitled unmastered., comprised of eight tracks with a hint of To Pimp a Butterfly magic, picks up where TPAB left off, if that’s even possible.

A crow left of the murder by design; Kendrick’s a rappers rapper by trade but a ghetto politician, freedom fighter by struggle. Kendrick’s vision is to raise consciousness by encouraging one to stop, look around and think.

Some think the sensual intro is Kendrick’s interpretation of fucking the rap game, having his way with it.

Lamar appears shot out of a rocket as he chronicles these times, similar to what's inscribed in the Book of Revelations; the rapture as we know it. Lamar refers to it as the "final calling."

A skittish Kendrick would-be, asked what he has done, vocalizes “I fall to my knees, pulled out my resume that dated back to June 17th, 1987 / my paperwork was like a receipt.” Kendrick’s theory serves as a warning to all idolizing things of this world and a suggestion not to, because it too shall pass away.

“Untitled 2, 06.23.2014” starts off with a rally “Pimp, Pimp … Hooray” by slightly unenthused partakers. A saxophone reaches a dramatic crescendo, twisting and turning as a fed up Lamar conveys his overall frustration, “I’m sick and tired of being tired / can’t pick a side, The Gemini,” feeling pulled by both sides, right and wrong, consequently falling under hypocritical self-loathing for not doing enough, similar to “U” on TPAB.

“Get God on the Phone,” Kendrick’s cry for help, noticing the destructive ways of his hood and others, the same hoods that use to stand for unity and strength have turned into battlegrounds filled with syrup-sipping jiggaboos. “Get Top on the phone,” no longer feeling survivor’s guilt, K-Dot lives in the moment, basking in his accomplishments. “Seen black turn 'em burgundy,” clever choice of bar, highlighting both police brutality and overall black-on-black violence hitting hard in our inner cities.

“Untitled 3, 5.28.2013” is a multi-layered perspective of the cultures that make up the States. Those cultures are broken down by priorities. Asian importance begins and emphasizes “Peace of mind,” geared through religion, humble steps, whereas the Indian’s outlook is structured from a “Peace of land.” The investment is in the land, the inheritance of the soil is the soul that will last and become tangible.

The black man focuses on “Peace of pussy.” Pussy is power and will always be the black man’s plight. This isn’t mere hyperbole, this is a fact. Kendrick notes that the endless glare blinds the black man. "Fuck on a new bitch every night” as a goal of validation, a way of passage or a general standard.

Lastly, Cornrow Kenny paints the greed of the white man wanting a “piece of mine.” Set in record industry form, the white man suggests it’s in Kendrick’s well-being to stick to the plan of selling to increase profits for the company. The white man conveys the allure for success and how, if done correctly, Lamar will profit more than the average, but most importantly, it is paramount he gets his share.

Politically-charged records are today what they were in the earlier days of Public Enemy and Boogie Down Productions: a source of trusted information. Given it’s an election year and the State of our Union sits somewhere between disenfranchisement and complete lack of trust in our government – there’s an outright divide of our people – Kendrick has a solution on “Untitled 4,08.14.2014”: Head  is the answer. Head is the future.

Hi-hats dance to a silky smooth bass line that would make Miles smile, followed by jazz horns superimposed over mellow piano reminiscent of The Love Below. “Untitled 5. 09.21.2014” is an at-wit’s-end result. While suffering with anxiety and copious amounts of stress, Kendrick uses this canvas to share the maybes if one doesn’t get the proper help for illness, as well as the perpetuated cycle of crimes, self-inflicted demise and the setbacks that have plagued our young, particularly in poor neighborhoods.

Kendrick acknowledges he’s cut from a different cloth, good or bad depending on the person. “Untitled 6. 06.30.2014” serves as an expression to accept ones dissimilar ways. Cee-Lo Green handles the hook. “I can explain / I know it’s foreign to you, I know it’s hard to believe / God give me the favor, let me explain,” somewhat pleading with a lover to wait and see cause there’s something special in store.

Displaying flaws and imperfections that make us all perfectly us is the gist, as stated “You stick out like an alien compared to those around you / and that’s alright because I like it / you and me are the same / hopefully I’m invited, hopefully you don’t change / because I know for sure who you are.”

“Pimp, Pimp… Hooray,” kicks off “Untitled 7. 2014-2016,” a celebration of life and rising above standards. Lamar has been the almighty ambassador of HiiiPoWer, the empowerment of you. The evolution of a higher self. This track encompasses that very essence.

Comprised of three parts, the second consists of Lamar shitting on whomever if the shoe fits. The infamous “Control” verse has put fear in lots of rappers and encouraged others to step their shit up. Kendrick pokes fun, “Just know the mechanics of making your choice and writing your bars,” a shot presumed at Drake, following his ghostwriting debacle, and continues “Before you poke out your chest, loosen your bra.” Not the hardest hitting bar, but effective.

More shots fired, this time at Jay Electronica, who has been very critical of K. Dot’s rise. “I could never end a career if it never starts.” Yikes! Jay Electronica has been on the shelf for quite some time now.

On the third and last part of “Untitled 7,” Kendrick has some fun in the studio continuing “Untitled 4”; head being the answer and the future. He convinces his bass player this will be a 15-minute song and the crowd will get snagged along and love it.

“Untitled 8.09.23.2014.” A tale of money as all-well-and-good, but no means of securing happiness. “Why so sad, walking around with those blue faces?” I’m sure Jay-Z would approve, being the king of the double entendre – blue face hundreds signifying new money, and blue melancholy faces, as well.

All in all, this is not a standalone album conceptually, but nonetheless, it’s a quality project. TPAB was a cohesive unit of concept meeting superb production and lyrical brilliance, these demo tracks fall in line completing the idea.