The Bronze is Bratty, Crass, Irreverent and Totally American 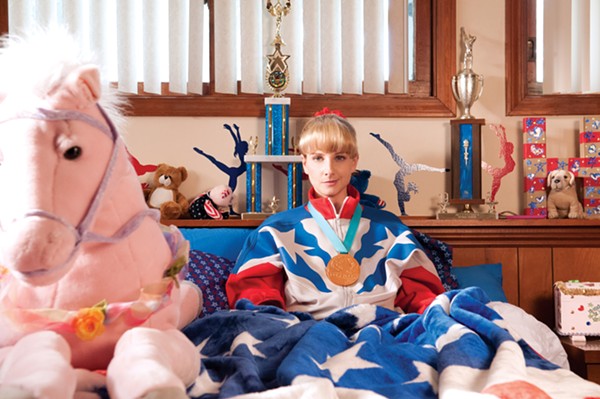 “I’ll fuck with whoever I want, whenever I want. I’ll fuck with them sooo hard I’ll rip their taints in half. Then, I’ll wear one part of the taint in a locket, around my neck. Give the other half of the taint-locket to your mom … To shove up her ass.”

And there you have it, the vulgar appeal of Hope Ann Greggory (Melissa Rauch), the pint-sized ex-gymnast with a mouth to make the most vile sailor blush.

Hope, whose Achilles heel literally kept her from receiving gold or silver at the ’04 Olympics, now spends her time as a world-class gymnast of the crass and crude; sucking down whatever-your-buying at the local bar, a great number of the town’s “dirty dicks,” stealing birthday card money from her enabling father’s mail truck and mooching free Sbarro from the mall food court.

The Bronze’s storyline is essentially a profanity-laced take on what happens to put-out-to-pasture celebrities who find themselves being pushed through the sphincter of popular culture, with Olympian Kerri Strug as the template. It does a fine job of illustrating all of the propagated entitlement and the human reaction to constant praise and attention inherent in celebrity culture. Sure, Hope’s rough exterior hides a wounded child — she employs the passing of her mother before her first birthday as her ace in the hole when anyone dare challenge her — but that pain, as real as it is and enflamed by the dimming of the spotlight, manifests itself in bratty, annoying tendencies, making Hope’s character particularly difficult to sympathize with. Can you say “Kanye?”

Motivated by the death of her former coach and, more precisely, the possibility of half-a-million dollars if she will train another Amherst, Ohio native and Olympic hopeful, the excruciatingly innocent Maggie Townsend, Hope is taxed with overcoming her hatred for her previous patron, the equally deplorable gold medal-winning gymnast Lance Tucker and her desire to mooch “4 lyfe.” 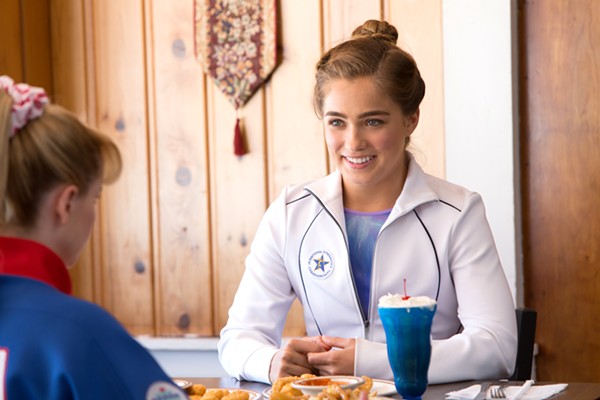