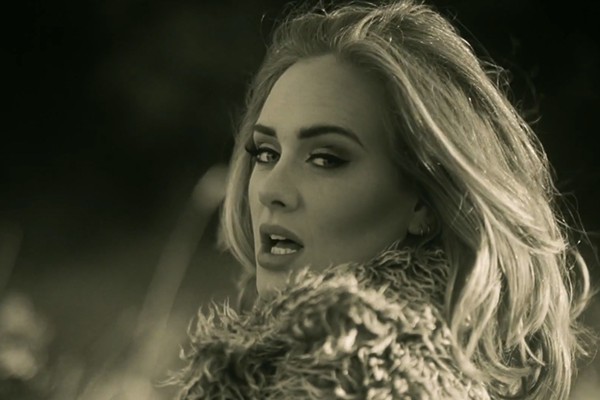 “My bum could break my back it’s so enormous,” said a very cheeky Adele during a London concert on March 19, in reference to her ample angel food cakes.

The event of the century went down during a not-very-twerktastic cover of Lionel Richie's "All Night Long," which, to Adele, must be equivalent to booty clap-inducing bounce music.

Even though Adele basically kills the Grammy game every year that she's nominated, it's safe to say that she won't be remembered for her killer moves. "I can't do it that well. My whole body has to move," said the sultry siren, who obviously needs to be sent to booty boot camp for an indefinite amount of time.

The chanteuse's entire North American tour is already sold out, but maybe when she performs in Austin in November you can stand outside of the stadium with your ear to the wall in hopes of hearing "Rolling in the Deep" for the millionth time.