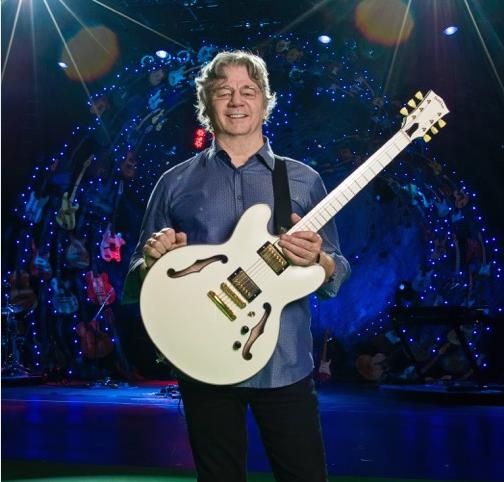 It's hard to figure out how to write-out the iconic "whistle" of the slide guitar in "The Joker," the classic sepia-toned rock track from Steve Miller, who will be inducted into the Rock and Roll Hall of Fame next month (April 8) and will follow it up with a tour bringing his band to the Majestic Theatre Sunday, July 24 at 7 p.m.

You see the predicament.

Miller, for the uninitiated, has built a career out of decades of blues-tinted rock tunes that capture the wind-tossed, rolling tumbleweed 'tude of American country rock 'n' roll. From "Livin' in the USA" to "Take the Money and Run," "Fly Like an Eagle" and "Jet Airliner," Miller, who got his start in the hippie rock scene of San Francisco in the late '60s, has been welcomed into the folds of rock 'n' roll history, having worked with the real-deals along the way: Howlin' Wolf, Muddy Waters, Lightnin' Hopkins, Buddy Guy and Paul Butterfield, to name a few.

Throughout his career, Miller has maintained a strong commitment to the roots of American music, as a member of the welcoming committee of the Department of Musical Instruments of New York's Metropolitan Museum of Art and as a board member of Jazz at Lincoln Center.