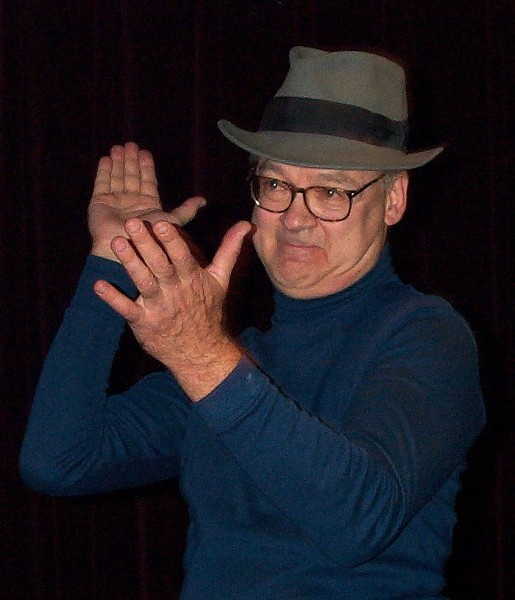 Violinist, filmmaker and creative polymath Tony Conrad passed away this past Saturday at the age of 76, having survived several years battling prostate cancer before succumbing to complications from pneumonia. His passing will not garner the same degree of public mourning as the many other musical pioneers who have gone on to their reward in 2016, but his impact on the
last 50 years of underground and popular music alike is only matched, arguably, by David Bowie.

Conrad’s intellectual hero was Pythagoras, the ancient Greek mathematician-mystic; like him, he used the language of numbers to explore unseen vistas of transcendence. Applying his math degree from Harvard to the strings of his violin, Conrad played in "just intonation," realigning notes according to rules of harmony and side-stepping the equal temperament system that had governed orchestral music since the days of J.S. Bach.

If you aren’t trained to be patient when you listen, you will hate Tony Conrad records. If you are, you are equipped to go into something like a trance. Conrad doesn’t make soundtracks for whipping down the interstate in a drop-top Camaro — rather, he translates the all-enveloping, primal power of the wind rushing over your ears into sound, sliding into the slipstream of time on his tones.

His 1964 record Four Violins remains the purest representation of his efforts. Composed of four layers of violins playing long, sustained drones, it sounds at first blush like an emergency warning system — but if you listen long enough (the whole time) and at the right volume (loud), the fractional exchanges of the intervals harmonize into a shimmering, hypnotic whole—sirens of beauty.


Conrad wasn’t alone in his efforts to recalibrate our ears. He played with La Monte Young and John Cale in the earliest iteration of The Dream Syndicate, which sought to pare sound down to its most fundamental and most transfixing elements. He also did time in Cale’s pre-Velvet Underground group The Primitives, led by Lou Reed.

His most gripping collaboration, however, remains Outside The Dream Syndicate, a 1973 partnership with the German Kraut-siders Faust. Recorded in a converted German schoolhouse, Werner Diermaier, Jean-Herve Peron, and Rudolf Sosna matched Conrad in his reduction. The drums and bass literally do not change for an entire album side; when Peron deigns to hit a cymbal, it’s as jarring as a live grenade.

Conrad was scheduled to reconvene with Faust for only the fourth time in the four decades since Outside The Dream Syndicate. Ill with the pneumonia that would take his life a week later, Conrad canceled his appearance. Faust played on, accompanied by another visionary violinist, Laurie Anderson — the widow of Lou Reed. No matter where he stands in temporal time, Conrad remains alive on the infinite plain.

“To start at the end and look back is a good way to do it. We’re always at the end.” (Interview with David Grubbs)