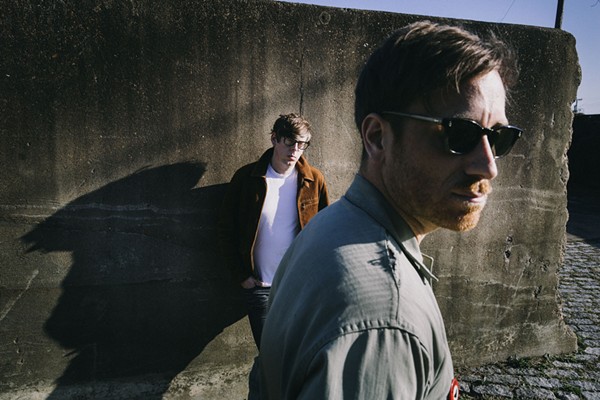 So, here's the short of it:

The Black Keys, the Akron, Ohio blues-based drum and guitar duo, were invited to induct the Steve Miller Band, and specifically Steve Miller, into the Rock And Roll Hall of Fame in Cleveland, Ohio last week. Miller used the induction ceremony to promote the artists that helped him on the way up, many of them classic blues masters (that received little to no applause).

However, after the induction, Miller lambasted the entire institution for not inviting the rest of his band, along with a slew of other accusations, stating that the whole experience was "kind of a lazy kind of night with a bunch of fat cats at a dinner table. It's not a real pleasant experience ... You're supposed to come in and tap dance on top of a chocolate éclair and act like you're having a great time. I mean, y'know, it wasn't really a great time."

Sounds like a pretty sincere, rock 'n' roll thing to do.

This got Auerbach's dander up, who, when asked by Rolling Stone about the experience, essentially whined about Steve Miller not knowing who he and fellow Black Key Pat Carney were. Stating "He had no idea who we were. No idea. The first thing he told us was, 'I can't wait to get out of here.' He knew that we signed up to do this speech for him. And he made no effort ... he didn't even figure out who we were."

Boo-fucking-hoo. I wish I didn't know who the disco nü-blues duo was.

Rock fans have long criticized the institution for not inviting Miller and other rock icons into the hall sooner, so perhaps Miller's reaction was sour grapes. Either way, for Auerbach to gripe about an artist essentially being too old and rooted in the music he loves to know who the mediocre radio rockers in the throes of their 15 minutes are, and to act like the induction is the greatest fucking accomplishment for a man that has backed Lightnin' Hopkins, Howlin' Wolf, Muddy Waters and Jimmy Reed, is not incredibly rock 'n' roll.

Below is Miller's post-induction speech as well as a link to the full Rolling Stone article with Auerbach remarking on what he thinks Miller, several decades his senior and someone that has certainly paid his dues, should have done – swallowed his pride, played nice for the cameras and Googled "Black Keys."