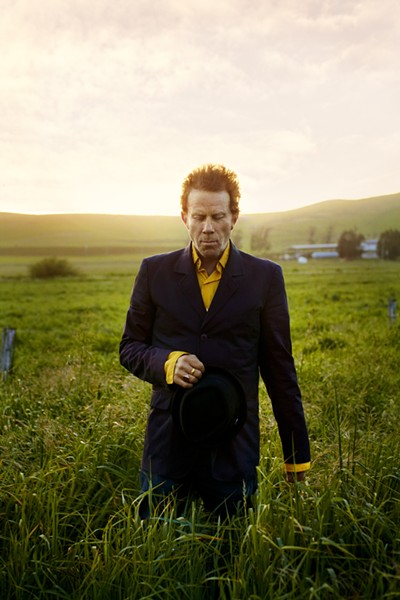 In an uncharacteristic move from the artist with the tonsils of tar, Rolling Stone published a touching letter from hermitic Luddite Tom Waits on his love of country legend Merle Haggard, dated April, 19. Haggard, who succumbed to double pneumonia on April 6, his birthday, at the age of 79, was a hero of Waits'. Here's Waits:

Who ever thought something great could come out of Bakersfield? It made me feel a whole lot better about living in a place called National City.

You can read the whole homage to Haggard here.

Keith Richards, another crusty, fabulous old fucker and one of the last of a thinning breed of steel-gutted, brass-balled badasses, also weighed in on Haggard in a conversation with Rolling Stone dated April 18.

In it, the Stones guitarist discusses his love of "Sing Me Back Home," a Haggard penned tune describing the last moments of a man on death row as he stops on his way to his execution to hear one last song from a sympathetic fellow con. It's a tune that Richards learned from Gram Parsons:

Gram explained a lot about Merle and the difference between Bakersfield and Nashville country. Nashville was that over-the-top production with the Anita Kerr Singers, the orchestral stuff, the unnecessary violins (but then you have George Jones, and you can't deny that). Bakersfield – that was barroom music, hard music. Bakersfield's a hard town!

You can read the full conversation with Patrick Doyle here.