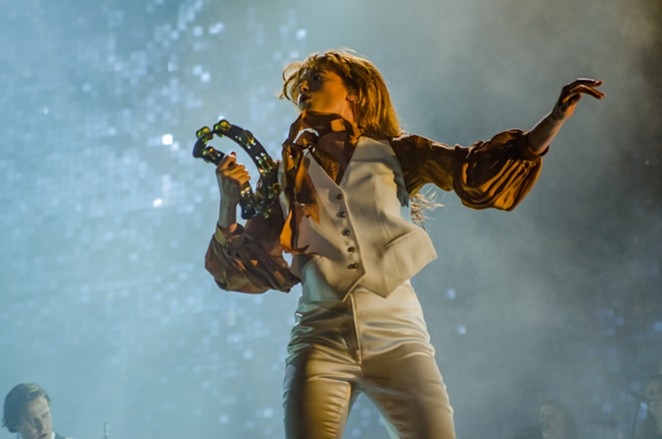 Holy shit! It's that time again, folks. The Austin City Limits Festival, now in its 15th year, has released their lineup. Unlike many of the nation's competing festivals which seem to cater to an exclusive crowd (Jimmy Kimmel's punking of Coachella-visiting millennials comes to mind), ACL has consistently attempted to provide a little something for everyone. From the computer glitch dance pop of Radiohead to bounce-inspiring Major Lazer to country's old school, Willie Nelson, and the new, Chris Stapleton.

Below is the full lineup. 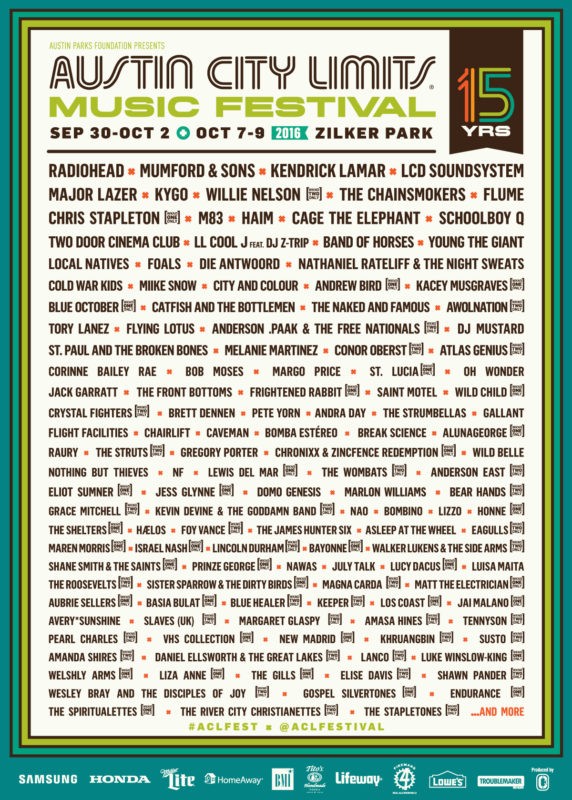