Chance The Rapper Goes Way Up for Coloring Book 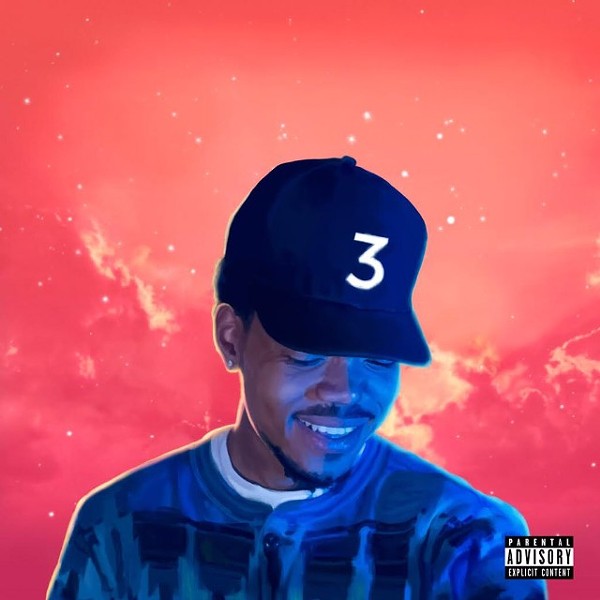 Other than Kendrick’s untitled, unmastered, major releases from hip-hop’s elite have been less than stellar. Yeah the numbers don't lie, but neither do vibes. Drake's Views was bland and outright underwhelming, similar to his SNL performance. It wasn’t that funny. Kanye's The Life of Pablo was interesting, but lacked that real ... umph.

The latter was called "a gospel album with cussing," but it was more of a backdrop for Ye’s flesh-colored fashion show weirdness. Quit fronting! Yeah, the shoes are cool ... but you know damn well those clothes aren't dope.

The highlight of TLOP was fellow Chicagoan, Chance the Rapper. Chance contributed to five songs on the album and stated he was gearing up for his debut, or new music for that matter. Since then, he’s been at the forefront of probing the Grammy’s to recognize free albums, as mentioned on “Ultralight Beam.”

“I heard you gotta sell it to snatch a Grammy.”

I guess he knew he had that work coming … That said, last Thursday night Chance dropped Coloring Book, a gospel-inspired rap album, with minimum cussing. Although my thought, along with others, was that Chance 3 would be the title, due to Twitter hashtags and posters plastered everywhere, Coloring Book ends a three-year hiatus and possibly concludes the trilogy of mixtapes for Lil’ Chano.

I'm mostly impressed by the growth and how Chance didn't try and recreate another Acid Rap – being one of the best bodies of work, conceptually. Coloring Book sounds like it was created in the next studio space over from TLOP. Its theme: an appreciative guy who’s counting all his blessings (so much so that there’s two songs titled “Blessings” on the LP); furthermore, I can't believe he’s made it this far, shaking off the demons of Chiraq.

“All We Got,” featuring Kanye West and the Chicago Children’s Choir, is a smorgasbord of sounds that flood your ears back, forth and every which way. Auto-tuned vocals, horns and TR-808 snares run as the group expresses throughout it all “Music is all we got.” A strong statement considering Black Music Month is near and although credit isn’t always rendered, black people were pioneers of nearly every sound imaginable on this continent. From the days of slave trades there were black negro spirituals, fast forward to the civil rights movements, swearing we’d overcome, someday … music was a source of comfort, a coping mechanism to right the wrong. Chance mentions things couldn’t get any better, “Man I swear my life is perfect, I could merch it / if I die I'll prolly cry at my own service.”

“No Problem” has our favorite Duffle-Bag boys 2 Chainz and Lil’ Wayne, the message being: let these cats rock, “If one more label try to stop me / It's gone be some dreadhead niggas in your lobby.” Wayne does Wayne – colorful punchlines that if your beloved rapper spit ‘em you’d be excited as hell, but it’s average Wayne and 2 Chainz.

The first three songs are strong and cohesive. Others, like “Same Drugs” and “How Great,” bare Chance’s soul and vulnerability but drips with the optimism that things are bound to change. “Same Drugs,” a tale of growing apart from a loved one (and not about drugs at all) is a gem.

Kirk Franklin is everywhere these days. He’s known for his melody-driven choir anthems and he hit it on the money on “Finish Line.” T-Pain, without much auto-tune, lends some vocals to this joint on love. Chance displays "I'm in love with my city bitch, I sleep in my hat."

All and all, Chance is a happy guy. A proud father and a grateful person in general, and every bar and song on the album reflects those sentiments. The old Chance was looking for the good times and infinite high. This Chance sees the light at the end of the tunnel, looking to take advantage of all opportunities offered and willing to color in the lines.