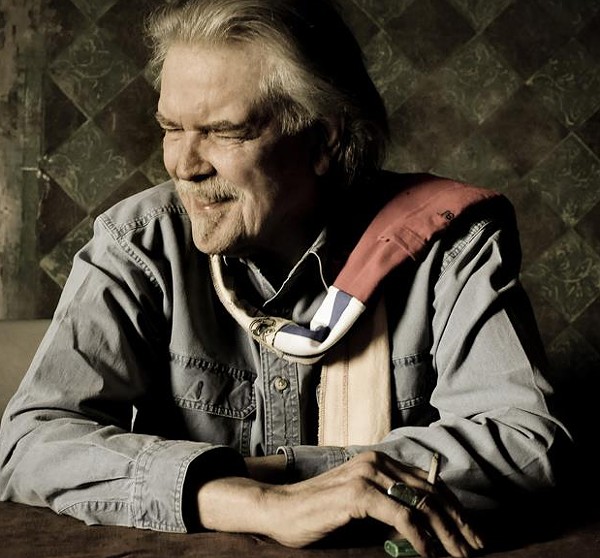 Born in Monahans, Texas in 1941, Guy Charles Clark would go on to become one of the most appreciated and respected songwriters in the country music genre. Although his personal record sales wouldn't necessarily indicate such, Clark's skills as a tunesmith are generally considered on par with his friend and fellow inspiration, the late Townes Van Zandt. That is to say, far beyond the abilities of most.

Clark, who interestingly grew to be much like the ornery old drunken sage in his classic "Desperados Waiting for a Train," which has been recorded by artists such as Jerry Jeff Walker and The Highwaymen – consisting of Willie Nelson, Johnny Cash, Kris Kristofferson and Waylon Jennings (Clark is considered the honorary fifth member) – got his start as a songwriter in Nashville when "Desperados ... " and "LA Freeway" were heralded as brilliant triumphs of poetic country songwriting ripe for some of the region's more established artists. Clark, one of the master songwriters' songwriters, never received wide commercial appeal, but the level of his craft and the widespread appeal of his ability among the leading talents and ever-hustling indie troubadours placed him in a class all his own.

Clark was also an accomplished luthier and played many of the guitars that he built by hand. He served as a mentor to singer-songwriters Steve Earle, another Texas native, Rodney Crowell, husband to Rosanne Cash, Johnny Cash's daughter, Emmylou Harris and many more.

In 2012, Clark's longtime companion and wife Susanna Clark died from lung cancer. Despite the tragic loss, it inspired Clark to record one of his most painfully touching and beautifully haunting records, My Favorite Picture of You.

Clark's cause of death is currently unknown, however, he had a bout with cancer himself and has long been in poor health. He was a member of the Nashville Songwriters Hall of Fame and an invaluable addition to the folk music genre. His Nashville home served as a studio and workshop for many of roots music's most prolific talents, where they would sit for hours and watch Clark play, passing on his wisdom and skills into the hands of the next generation.

His death was announced a little after 8 a.m. Tuesday, May 17 via his Facebook page.