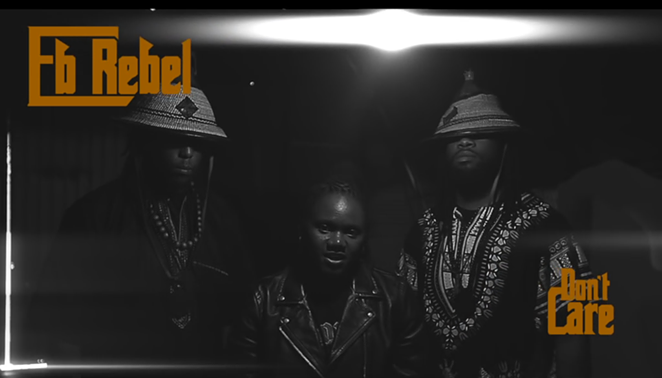 Before you go off about Dallas being the bleached asshole of Texas – big money, big hair and big egos – give former San Antonian, current Big D occupant EB Rebel a spin. Despite the comparisons to Yeezy and The Fugees (dig the Refugees-inspired artwork in honor of the twentieth anniversary of The Score), on "Don't Care," EB, fueled by the never-ending violence perpetrated by the State and white citizens against people of color, delivers a passionate, poignant diatribe marked by understandable hostility and fire, "Middle fingers in the air."

Meanwhile, George Zimmerman blames Trayvon Martin's parents for their son's death, while auctioning off the gun he used to shoot the 17-year-old. So, put that Dallas hate on pause, 'cause "the plot's gettin' thicker than Marilyn." 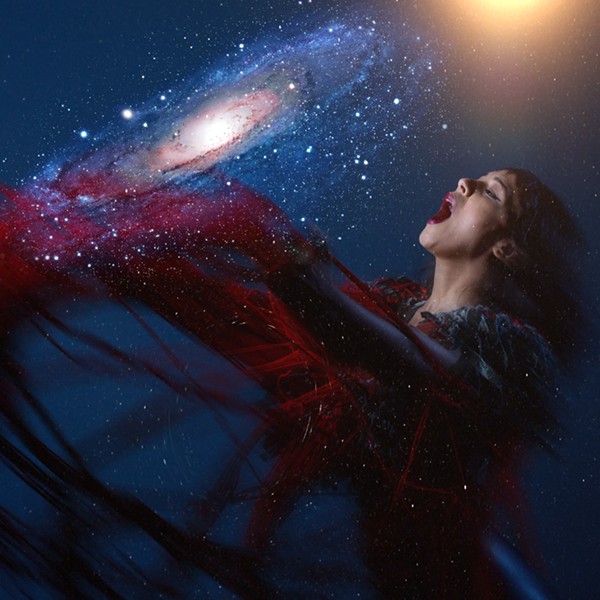 San Antonio label TIMEWHEEL is racking up a roster of impressive local talent. Femina-X, more an artist collective than your typical bland band, utilize nearly every medium imaginable to inspire the same sort of artistic epiphanies in the listener that they draw from to create their indie World music (if you gotta put it in a box).

We know San Anto fears big-timers, folks that rise above the city's modest musical endeavors, but Femina-X, brandishing a style that moves between genres like a bird across impotent border walls and barbed-wire barriers, may be the band you wish you saw in town before they made it on a national, or even international, front.

Below is "Cosmos," released today (Friday, May 20) on TIMEWHEEL.

Directed by bassist Jenn Alva, featuring local "mojado punks" Piñata Protest and shot at Phantom Room, Fea's "Mujer Moderna" is a Chicana installation into the ever-expanding feminist philosophy. Challenging the male gaze so prevalent in our patriarchal culture, over dance-punk riffs Letty Fea leads the group in an empowered tirade against any motherfucker that thinks he knows what's best for women; what she wears or how she behaves. Bottom line, if you've got an opinion about how women should conduct themselves ... well, you know where you can stick it, jefe.

You may not know it yet, but SA's marijuana-fueled, barely-legal millennial music scene is popping off. At the forefront of the nihilistic-what's-nihilism? set of post-everything garage rockers is plain-spoken punks Junkie. Their amateur recordings, off-time meters and FML shenanigans are just what the doctor ordered (even if he's Doogie Howser's age).

San Antonio musicians, take note! With the rising cost of living in our great, white neighbor to the north, soon all of the broke-ass Austin bands are gonna need another town with the best breakfast tacos and super cheap rent to start gigging and living in. If you thought the competition was tough now, just wait until 100,000 millennials who have spent the last five to ten years honing their skills in the "Live Music Capital of the World" show up. Get on your game and make sure it's on point. Below is one example of an SA group who are working to beat the 512 wave.