Alice In Chains Add San Antonio to the Second Leg of Their U.S. Tour 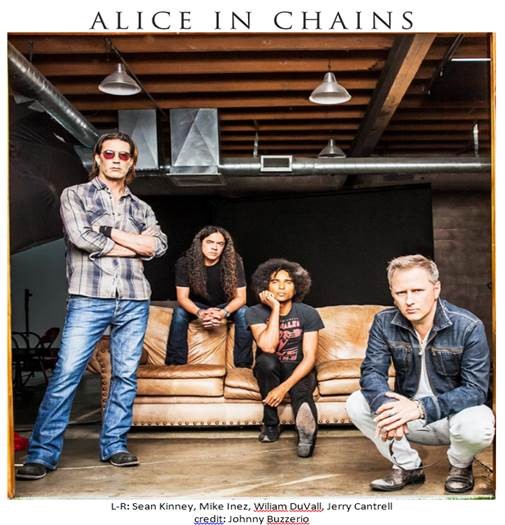 Break out your flannel shirt and old Dr. Marten's because Alice In Chains is coming to the Majestic Theater. In a recent band announcement, the grunge group added a second leg to their current North America tour, and San Antonio was one of the lucky locales on that list. The concert will take place at 8 p.m. on Tuesday, September 27. Tickets for the event will go on sale this Friday, June 10 at 10 a.m. and are priced from $50 to $100.

One of the definitive rock groups to come out of the '90s Seattle grunge scene, alongside Nirvana and Soundgarden, the quartet helped redefine the sound, tone and attitude of rock music at the time, adding in colorful acoustic touches and stoic harmonies. The group has enjoyed mainstream success with over 20 million albums sold worldwide and their latest release, The Devil Put Dinosaurs Here, charted at #2 on the Billboard 200 list.

This concert is a must for anyone with a hard-on for nostalgia, a seemingly city-wide pant-demic (hey-oh!). So, dig out your old cassette tapes and CDs of Dirt and get ready for a blast from the past. Tickets can be purchased here, or by calling (800) 745-3000.