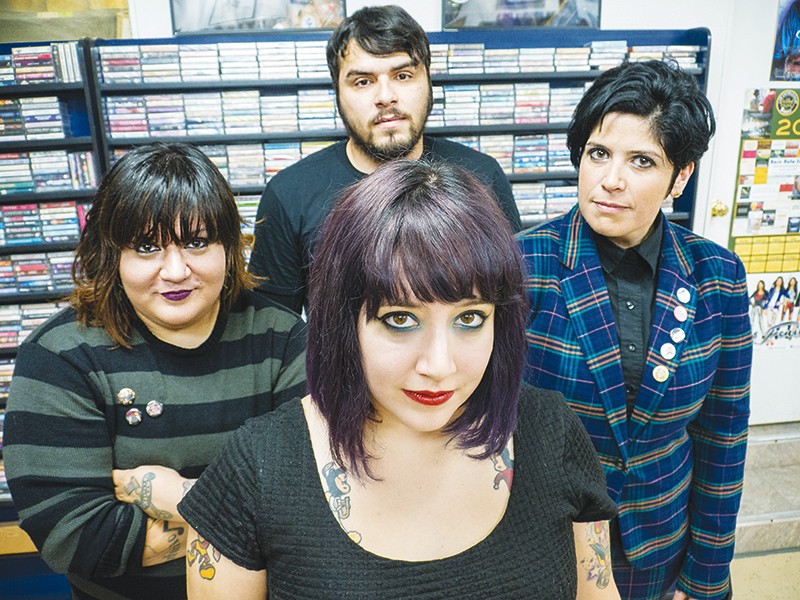 Our very own Chicana punk firestarters Fea this week released another feminist anthem, this time targeting the Donald before his swing through the band's hometown to troll for cash.

As SPIN first noted today, "Feminazi," follows the release of last month's single, "Mujer Moderna," and like its predecessor, the song never lets up on its assault on sexism and forces across the globe that marginalize and victimize women.

The two-and-a-half-minute song, produced by Laura Jane Grace of Against Me! and released on the same day that Donald Trump visited SA, chronicles many of the slurs and bigoted statements made in the past by the presumptive GOP candidate, as well as the broader attack on women everywhere. From mass rapes to micro-aggressions, the band calls out – in their own words – the violence perpetuated against women, whether physical or otherwise, by sexist assholes across the world.

As the video's focus moves from culture to culture, the band matches the global pandemic of sexism by chanting throughout the infectious chorus "I am a feminist!" in several different languages.

The debut full length from the quartet is set to be released July 15 on Joan Jett's Blackheart Records and they are currently on tour with Against Me!