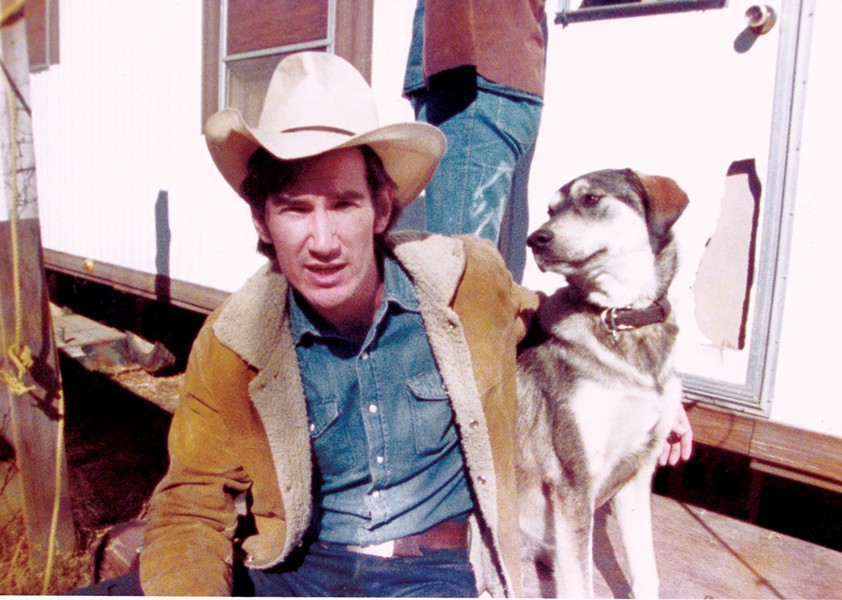 Outlaw Country is a nebulous term that will never again mean what it once meant. As soon as Hank Jr. started hanging around with Kid Rock, the genre (or movement, if we’re being real) died. Or maybe it was back when Willie had to sell all of his shit to make amends with the IRS, appropriately enough, the same branch of the government that took Al Capone down. It doesn’t matter when it was, the dying’s already done. Now, we are left to look back on outlaw country as a historical time in country music, as a wellspring of inspiration for creativity and rebellion and as a reminder that artistic movements of substance and defiance are always to be short-lived, as even the most insatiable fires eventually flicker to cold ashes. After all, Sturgill Simpson’s great, but he ain’t about to live in a shack outside of Nashville with no running water or electricity the way Townes Van Zandt did.

1976’s Heartworn Highways (directed by James Szalapski), which, despite not featuring key players like Willie, Waylon Jennings, Jerry Jeff Walker and Billy Joe Shaver, is the definitive outlaw country documentary (at least in spirit) and is getting a special 40th anniversary re-release in select theaters, with a definitive soundtrack to boot. This is an ideal pair of primary documents by which, along with a handful of important albums, to remember the movement. Austin is the closest the theater feature is coming, but those who can’t make that showing can still enjoy the DVD and the killer soundtrack (which is loaded with goodies and extras in the Anniversary Box Set).
The documentary itself is a beautifully strange and voyeuristic affair, almost surreal as it brings to light the decidedly Beat Generation side of the outlaw movement. It features Van Zandt and said shack aplenty, the recently deceased songwriting giant Guy Clark in rare at-home form, Charlie Daniels, and younger stars like David Allen Coe, Rodney Crowell, Steve Earle and Steve Young, among others. The settings, from the holy road to the houses of friends, highlighting the essence of these performers. Guy Clark and Townes Van Zandt, in particular, give stellar musical performances, playing their songs from the heart in these relaxed settings. And, we finally get to witness the sheer amounts of booze and staring down the middle distance it took to become the kind of dudes who could write “Desperados Waiting for a Train” and “Waiting ’Round to Die,” respectively.

With a fuzzy focus on the rural margins, the documentary shows the power of naked song, divorced from the artifice of studio or stage, and tied inextricably with the personalities and desolated spaces haunting and haunted by these unique artists. This was a time, almost unbelievably, when authenticity still mattered and folks still felt you ought to live out the songs that you wrote.
The soundtrack is a true thing of beauty in and of itself. In addition to the Clark and Van Zandt songs mentioned above, it also features Van Zandt’s only true hit (though not really for himself) “Pancho and Lefty,” Clark’s “LA Freeway,” “Texas Cookin’” and more. Other artists with stellar contributions include David Allen Coe (the wily and wiry bus driver in the documentary) with “River” and “I Still Sing the Old Songs,” Steve Young with a mighty rendition of “Alabama Highway” and a Hank Williams cover, Rodney Crowell with “Bluebird Wine,” Steve Earle with “Mercenary’s Song” and others and swell cuts from Larry Jon Wilson, Gamble Rogers and John Hiatt. That the songs sound amazing, full of grit and the unbearable heaviness of life lived with eyes wide-open (if blurry), is almost beside the point. As a mystic vision of a powerful moment in country culture and music, the documentary and the soundtrack succeed as much in what’s left unsaid as in what’s shown and sung.