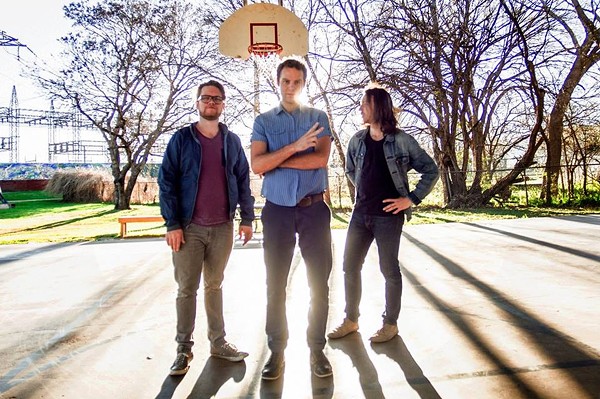 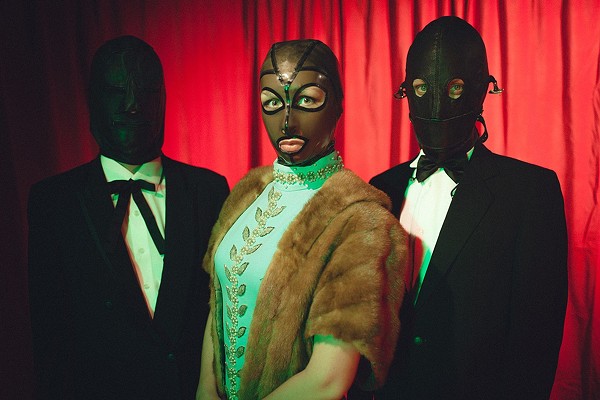 King Khan & The Shrines is more than a psychedelic soul band with a spectacle of a stage show. They are a cult musical phenomenon with more than 12+ years of international touring, multiple studio records and a fan base of fervent punk, soul, free jazz and garage rock heads. King Khan, the spiritual guru and front man, cobbled together a fierce line-up of musicians while in Berlin in between reading Tarot cards and raising a family. What he ended up with in 1999 is one of the most entertaining groups the world has seen and heard since the days of Ike & Tina. The line-up includes Chicago-born, Ron Streeter (veteran percussionist for Curtis Mayfield, Stevie Wonder), a horn section consisting of trumpeter Simon Wojan (member of Kranky Records recording artists Cloudland Canyon), tenor sax man Torben Wesche (Germany’s John Coltrane), and famous French rockabilly baritone saxophonist Frederic Brissaud. The rhythm section of the Sensational Shrines has been called a German/French version of the Freak Brothers – Till Timm on guitar, organist Frederic Bourdil, Jens Redemann on bass and drummer Mirko Wenzl. $15, 8pm, Paper Tiger, 2410 N. St. Mary's St.

New Madrid formed in the fall of 2010, and shortly after was approached by Barbe, who invited them to his studio to record their first full-length album, Yardboat. It happened fast. Inspired, they finished in three days. Signing with Normaltown/New West Records, the band released their sophomore album, Sunswimmer in 2014. $10, 8pm, Paper Tiger (small room), 2410 N. St. Mary's St. 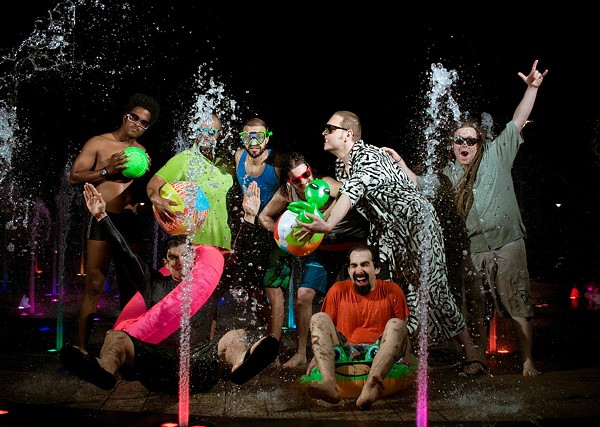 Imagine the Woodstock Santana band dosed with mescaline instead of acid and you’ve got a pretty solid foundation for the relentless funk of Cilantro Boombox. On their self-titled debut, the Austin octet shreds into the ether on long-form jam material, but can turn on a dime for strands of psychedelic disco-funk. Led by bassist Félix Pacheco and saxophonist Joe Woullard, the band’s mold of Latin rock, Afro-Cuban rhythm and street brass has made Cilantro Boombox a nimble asset on the bill, opening for Cafe Tacuba and Willie Nelson in recent years. With Los De Esta Noche and DJ Steven Lee Moya. $5, Hi-Tones, 621 E. Dewey St., (210) 785-8777 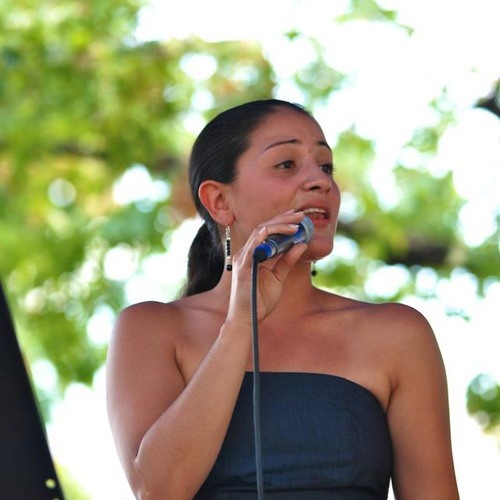 The Zen Dilettantes (ZD) is a jazz ensemble featuring the talents of some of central Texas' finest jazz artists. With a classic lineup of vocals, saxophone, keyboard, upright bass, and drums, ZD will provide a delightful evening of members' original compositions and some favorite jazz standards. $30-$35, Cave Without a Name, 325 Kruetzberg Road, Boerne, (830) 537-4212 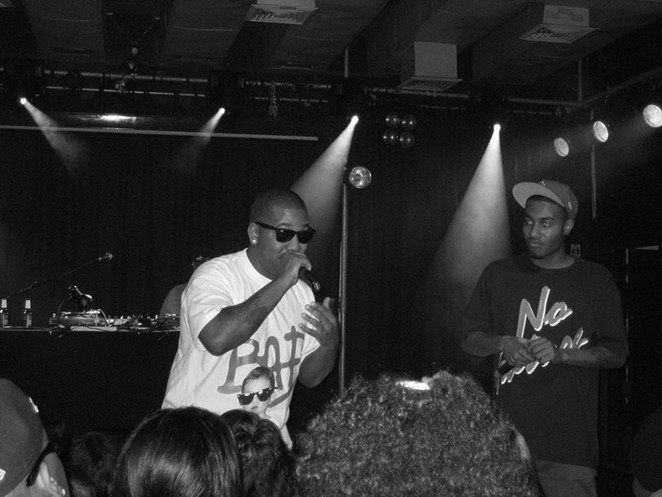 Let’s just rip the band aid off right now: There’s no Bobby Brown. The widower of the divine Ms. Houston is not touring with the ensemble that helped define the new jack swing sound also heard in groups such as New Edition offshoot Bell Biv DeVoe, Tony! Toni! Toné! and Boyz II Men. Ricky Bell, Michael Bivins and Ronnie DeVoe will be in attendance, however, and that means that not only can we expect to be serenaded with “Candy Girl” and “Cool it Now” but maybe a little “She’s Dope” and surely some “Poison.” BBD is in the house! $50-$130, 8pm, Tobin Center, 100 Auditorium Circle, (210) 223-8624 For the second annual Lone Star Beer Texas Heritage Festival, said National Beer of Texas and Feeding Texas (FKA Texas Food Bank Network) once again join forces to bring us a sweet lineup of music. Proceeds will benefit Feeding Texas’ mission to combat hunger in the Lone Star State through raising awareness and providing food relief, with the goal being ultimate food security for all. But, with tickets priced at just ten bucks a pop and a tremendous bill of performers, you don’t exactly have to be a full-fledged philanthropist to get behind this cause. This year’s performers include two acts with highly-anticipated albums on the way, Okkervil River and Shovels & Rope, one act with a recently released solo foray, Matthew Logan Vasquez of Delta Spirit, and one of Saytown’s most beloved homegrown originals, Girl in a Coma. $10, 8pm, Aztec Theatre, 2o1 E. Commerce St., (210) 760-2196